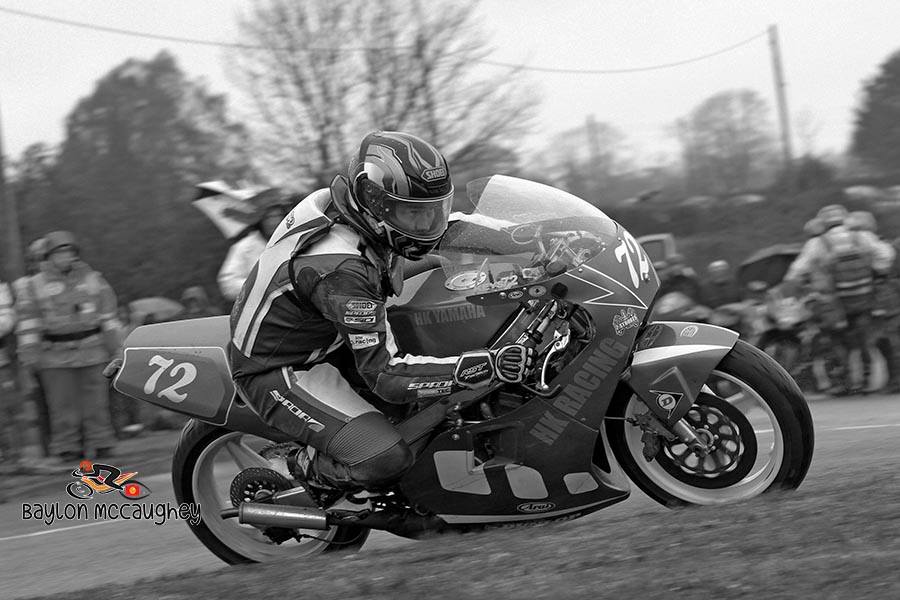 It’s hard to believe, but this year will be Gareth Keys 11th season in the saddle, the Lisburn rider, who came to the fore in 2008 when he finished 3rd in the 600 class in the now defunct Clubmans championship, including winning the Prince of Kirkistown.

Keys went on to take the 1000 clubmans championship on his ageing K6 Suzuki in 2010 and admits, has what you could call an up and down career in his racing.

Despite the lows, Keys, a motor mechanic by trade has an amazing 80 podiums within his racing CV!

Unfortunately, due to costs, Gareth will just be campaigning his Forty year old 350 Yamaha in the forgotten Era class at the KDM Hire Cookstown 100.

He still has his ZX10 Kawasaki, and would dearly love to be in action on it, but Keys is wise enough to be realistic about the approach, and knows, that he is not in a financially viable position to run this bike.

Reflecting on his career, Gareth lists winning the Gary Dynes Trophy on Brian Scott’s 250 Honda at the Ulster Grand Prix as his highlight, along with a top ten finish in the Superstock race with a lap of just under 125 mph! And another been a top ten on Ian Mercer’s Super Twin at the North West 200.

Coming from a biking family, his Grandfather Harry, a well known character around the paddock competed in the 60s, whilst uncle Trevor was a top runner in the 250 and 350 class in his hey day, whilst his Dad, Rodney also competed on the circuits and a few roads courses, before lack of finances forced him to quit.

Keys first competed at the KDM Hire Cookstown 100 in 2014 on the ex Keith Amor/Kirk Jamieson BMW, despite problems with his machine, which resulted in a poor qualifying, Gareth only qualified for the Open B race, which he duly went out and won! and took second place in race 2.

2015 is best forgotten about, following his much publicised crash at Scarborough, but the bug still remained, and Gareth was back in action in 2016 armed with a Kawasaki ZX10.

At Cookstown, despite brake problems, Keys had a great race battling with Rob Barber, taking 12th in race 1, and again, with fading brakes, managed to beat Barber and James Cowton to take 10th place.(not bad going for a wee team with a car and Trailor!) 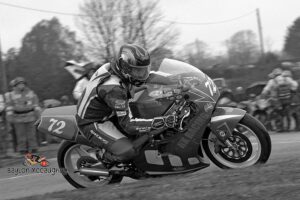 As aforementioned, the ZX10 is parked, in favour of the 350 TZ Yamaha, it is great to hear this type of machinery in action around the roads, and Thanks to riders like Gareth, older race fans will be able to reminisce the glory days of the 350 class!!

Gareth would dearly love to be back out in the ZX10 Kawasaki, so if anyone reading this, and would like to help out and give Gareth a chance, give him a shout. Before going, Gareth wishes to say a massive thank you to all his race sponsors and supporters;