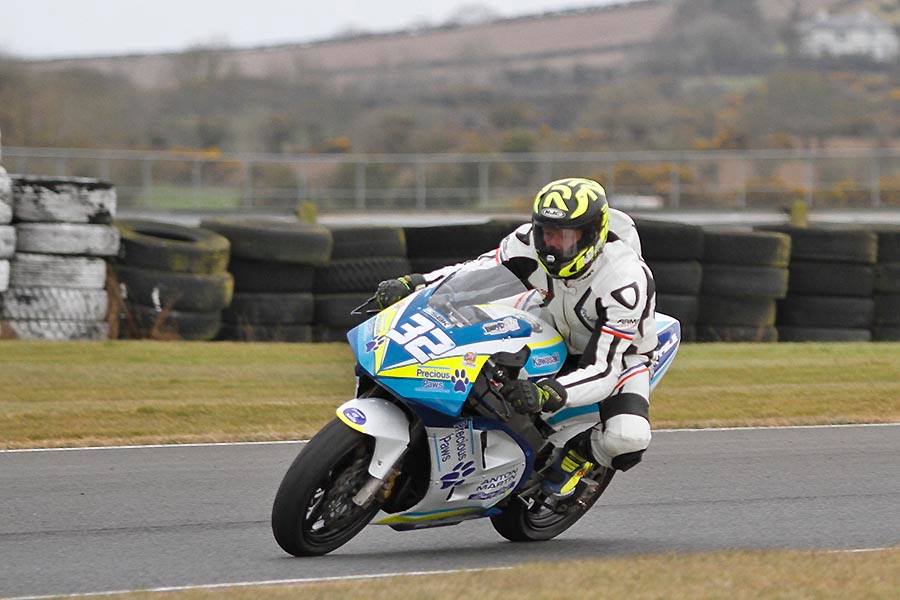 Looking for an upturn in luck for the 2018 KDM Hire Cookstown 100 is Ballymoney’s Aaron Boyd. Always well turned out, 37 Year old Aaron is contesting his 8th Cookstown 100, at the circuit he counts as one of his favourites.

For the past 2 years, the Ballymoney rider has just been running his ZXR 400 in the Supersport 400 class, simply due to the increasing costs in racing, it was just not possible to run 2 bikes.

However this year Boyd will be running the 400 and also making a comeback on a 600 in the Senior Support class. Despite the fact that It’s been a few years since he raced the 600, I have no qualms, that Aaron will be on it as they say, once he gets a few laps around the Orittor circuit. 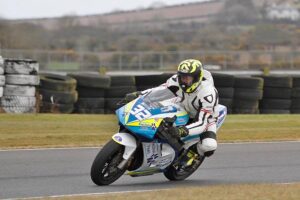 Riding under the Banner of ‘Team Miserable’, Aaron, a Dog Groomer by trade, puts in 12/14 hour days work, and quite often, six days a week, just to go racing !, showing the true dedication and determination, that many road racers do for the sport they love so much.

Of all the road circuits, his favourite circuit actually is the Cookstown 100 Orittor circuit, he just loves the place, but wants to forget the past couple of years here, due to bike problems. Hopefully, this year, armed with the 600 and 400, Aaron will get the track time he richly deserves.

Asked what was his best memories of the KDM Hire Cookstown 100, Aaron told me:

“A few years ago when I was in a podium place in the Senior Support race, when on the last lap I out braked myself at Mackey and ended up 5th!” Let’s hope Aaron gets the results he deserves this year.

Whilst the Team may be called ‘Team Miserable Racing’, let me tell you, there ain’t anything miserable about them!. A bunch of enthusiastic lads, who just go about their own business, and enjoying themselves.

A few years ago, In my Last Cookstown 100, in which I was lucky enough to score a win, I was having problems with my Transponder, and it was Aaron who came to my rescue that morning.

Can’t remember If I got the chance to say Thanks or not, but I will take this opportunity to say a big Thank You, and wish him the Best of luck for this years KDM Hire Cookstown 100, and also for the remainder of the season.