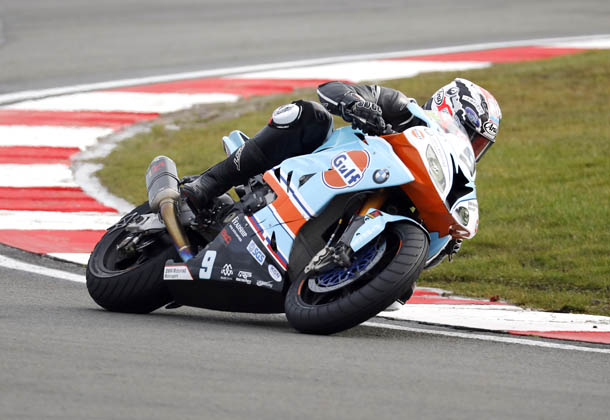 Aiming to mark Shaun Muir Racing’s re introduction to the international roads scene, with a brace of rostrum finishes, Australia’s quickest TT competitor David Johnson part this year of the new look Gulf BMW set up, is confident that for May’s North West 200 he will be in a strong position to fight for first rate results, within the Superstock and Superbike races.

Experienced aboard S1000RR BMW machinery, the affable Adelaide racer’s Superbike mount for his third year of competition at the Giant Causeway based meeting, is pretty much the same spec as Loris Baz’s World Superbike Championship Althea Racing BMW steed. 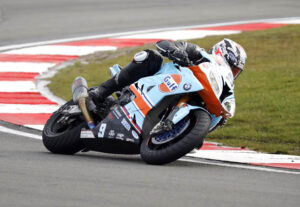 22nd and 18th in the opening British Superbike rounds at Donington Park, speaking recently about the upcoming action on the fabled Triangle course, ‘Davo’ stated:

“I’m ready to get the ball rolling again at the North West! I rode a BMW for Paul Shoesmith on those visits and I think the S1000RR Superbike will be good around there.

I’ve rode a lot of bikes on the roads but I know the BMW provides a winning combination. We have factory support and are running Dunlop tyres and Ohlins suspension which is as good as it gets.”

“I am aiming for the podium at the North West but I definitely want it to stay dry. There are too many Irish guys who are too fast in the rain!”