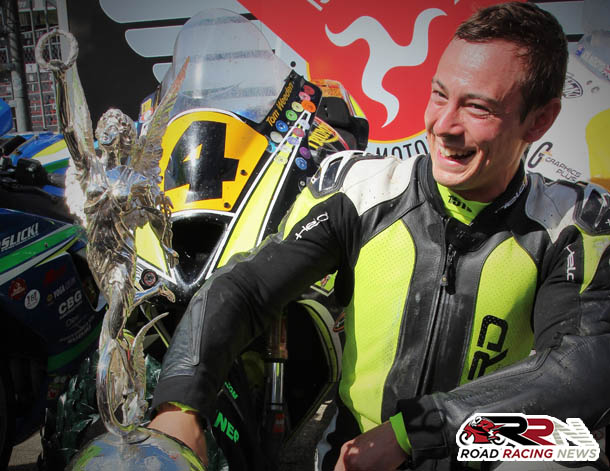 Maidstone based Weeden who’s for pretty much the whole of his roads career to date, competed under his own teams banner, has quietly impressed many over recent roads seasons. 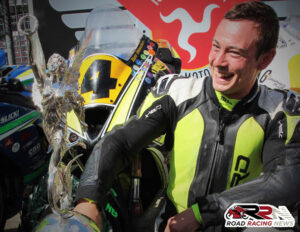 Alongside Senior Manx GP success in 2016, the amiable, laid back Englishman’s racing CV also includes sustained top quality results at Oliver’s Mount, Scarborough, were he has claimed various famous scalps, including finishing in front of the likes of Michael Dunlop and John McGuinness.

Looking ahead to 2019, Weeden’s maiden link up with BE Racing, who have secured new title sponsorship from Richardson Kelly Racing, will include competition at the premier International events, the North West 200, TT and Ulster Grand Prix.

He’s also anticipated to venture for the first time to the illustrious Macau Grand Prix, plus popular national events such as the Cookstown 100, Tandragee 100 and Armoy Road Races. 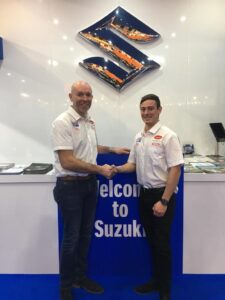 “I’m really looking forward to joining the Burrows Racing team for next year and I can’t wait to get going. It will be fantastic to have the chance to ride the big Suzuki and I’ll also have a 600 Yamaha.

The team’s reputation speaks for itself when you look at the young riders they have helped to bring on, such as Davey Todd this year, plus riders like Malachi Mitchell-Thomas and Dan Kneen. I hope to absorb as much of John’s knowledge as I can and hopefully learn from him.

It’s going to be fun to cut my teeth at the Irish Nationals meeting a bit more. I did Armoy for the first time last year and absolutely loved it.

The internationals will be the main priority but I’m looking forward to doing the likes of Cookstown and Tandragee as well for the first time. I just want to keep improving and progressing, and going faster than I’ve done before.”

“Tom Weeden is new to the team and I have spoken to him a few times in person. I met Tom over at the NEC Show and we are looking forward to welcoming him into the team.

Tom won the 2016 Senior Manx Grand Prix and lapped at over 121 mph, which is a tremendous speed for a 600cc machine.

We hope Tom can make good progress with us next year and although his career has not taken off the way he would have hoped, with a crash at the TT in 2017 putting him on the back foot. I am hoping that we can put the spark back into his career and he is certainly a quality rider.”

Sheils Set For Fourth Season With BE Racing