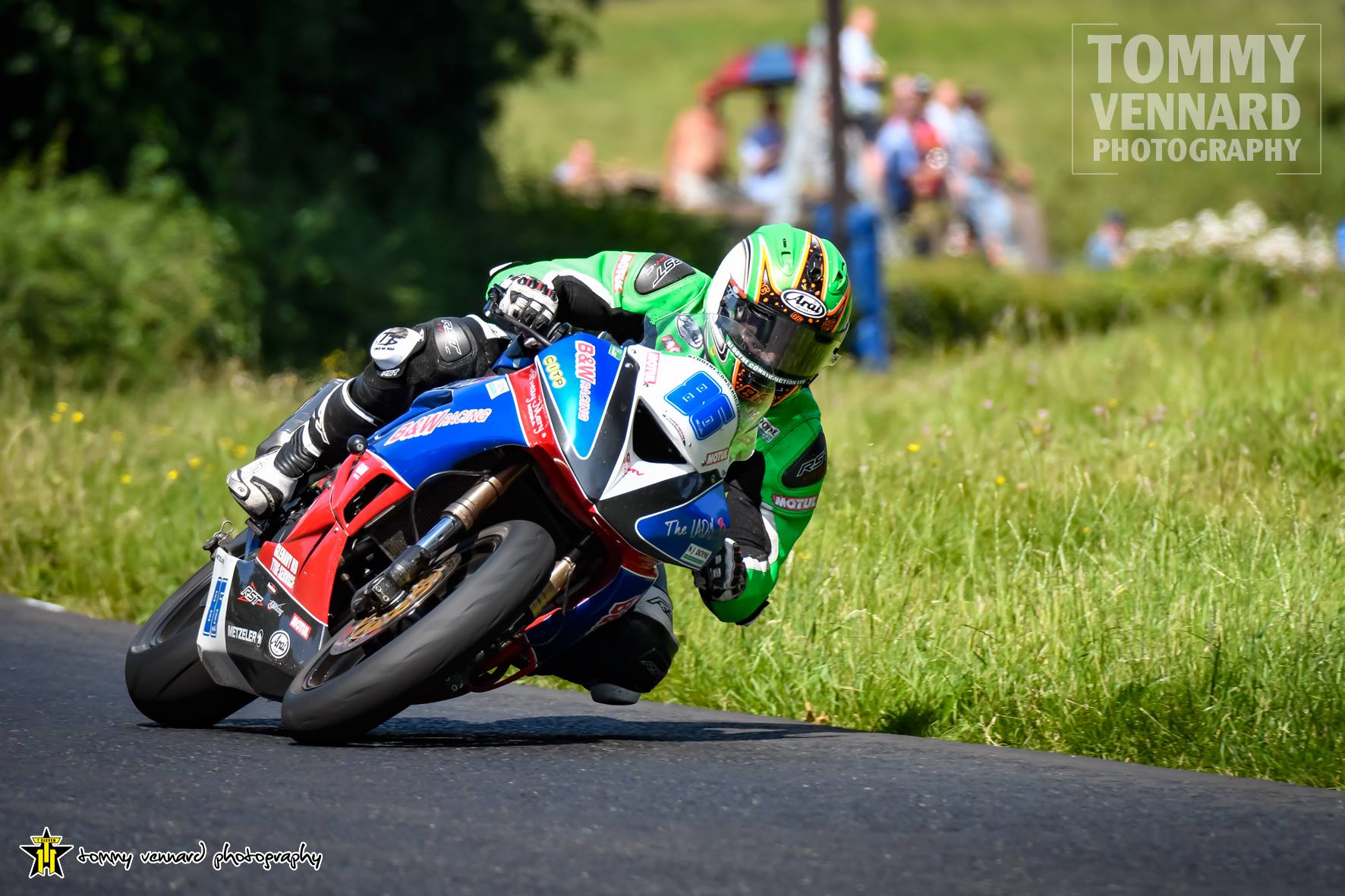 Although track conditions weren’t perhaps the best, it did nothing to dim down the quality and excitement from race day at Walderstown. 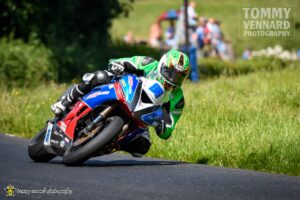 Victorious in both races by over seven seconds, he provided the ever appreciative crowd at Walderstown with masterclasses aboard the B&W Racing ZX6R Kawasaki and the KMR Kawasaki that he took to second in last months Bennetts Lightweight TT.

Reflecting via his Twitter page on his accomplishments from today, he candidly stated:

“Trophies & wins are fantastic but I’d like to dedicate them to those we’ve lost recently and wish the injured a speedy recovery, thanks to everyone it’s a team effort.”

Nearest challenger in the Twins, Supersport encounters was Cookstown BE Racing’s Davey Todd, who across the day proved the consistent main pursuer to Mullingar’s McGee.

Joining McGee and Todd on the rostrum respectively from the Twins, Supersport races were Kevin Fitzpatrick and James Chawke, who is confirmed to pilot in August at the Manx Grand Prix, a Mark Coverdale backed S1-R Paton.

Liam Chawke scooped Junior Support honours in front of Enniskillen victor Darryl Anderson, you couldn’t but not be ultra impressed as well with the ever consistent Barry Davidson, overall Junior Classics winner and victor within the Senior 500 Classics category.

Full results per class from the 2018 Walderstown Road Races, are as follows: