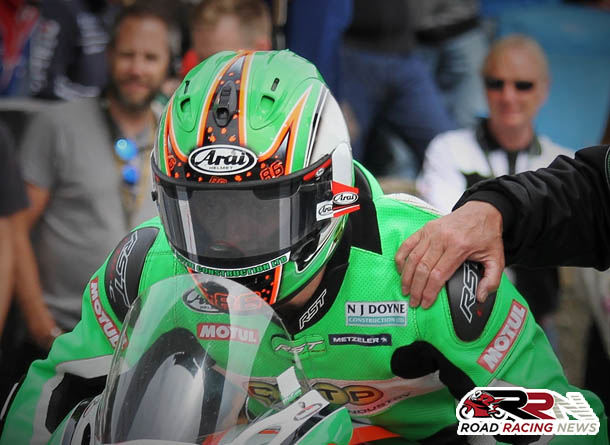 Surging to a fourth race victory of the day at Walderstown, Derek McGee claimed in dominant style Grand Final honours.

Never headed in the six lap race, Noel Doyne backed McGee as in the prior Open, Supersport and Super Twins races proved to strong for his respective competitors.

Pressured early by Cookstown BE Racing’s Davey Todd, from mid race distance on wards the amiable Mullingar racer sector by sector, lap by lap pulled out a commanding advantage.

Ultimately at the conclusion of the sixth and final lap of the 2018 Walderstown Road Races, 6.8 seconds clear of rapid next generation roads star Todd, grand final glory took McGee’s impressive Irish roads victories total for 2018, to a now outstanding 11. 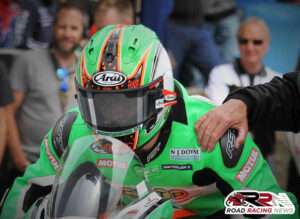 Concluding the rostrum finishers behind McGee and Todd was the ever improving Thomas Maxwell, who has firmly established himself this season as one of Irish road racing’s most exciting rising talents.