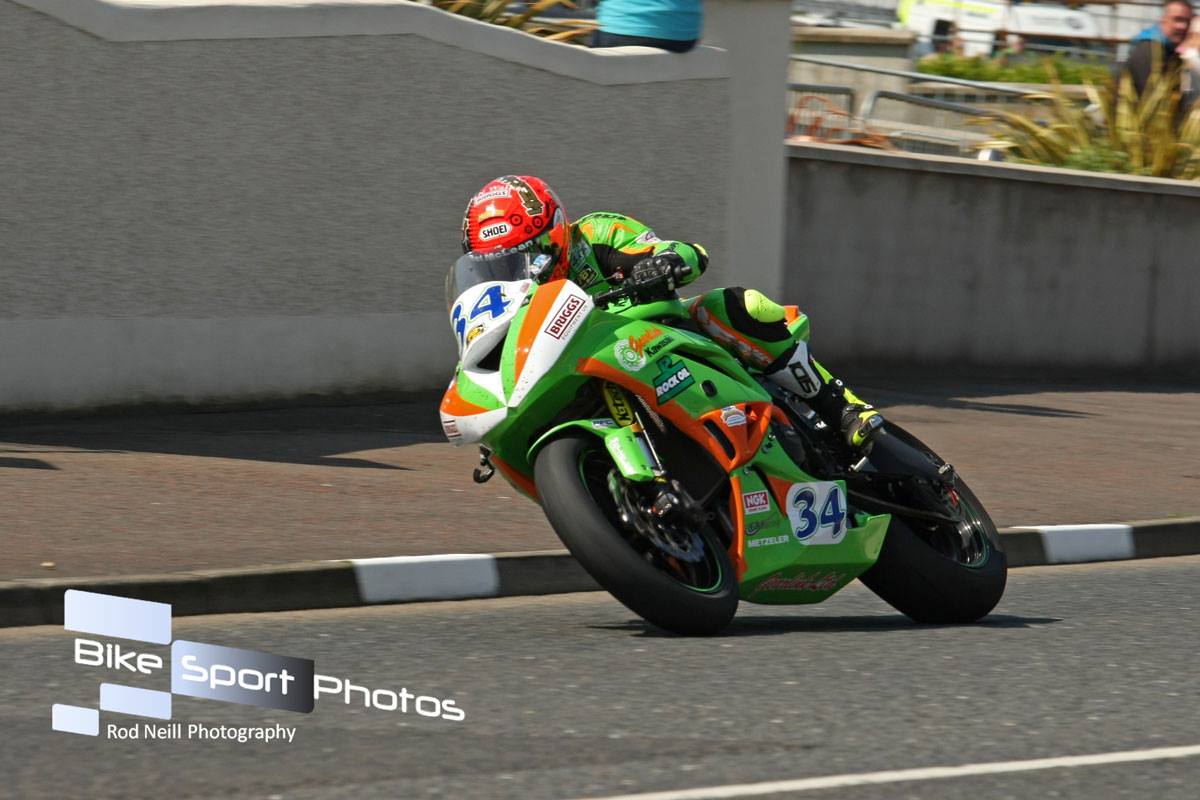 A moment of pure road racing history was witnessed today at the Vauxhall International North West 200, as Alastair Seeley became the most successful rider in North West 200 history, by winning a thrilling opening supersport race.

In a race long duel between a group of eight riders, Alastair in the closing laps, pulled away on the Gearlink Kawasaki, to clinch race victory in the end by 1.29 seconds over Ian Hutchinson on the Came BPT YZF R6 Yamaha.

Hutchy’s second place finish, is made all the more impressive, given that he started down in twelfth on the grid.

William Dunlop battled away to finish fourth on his own teams YZF R6 Yamaha, whilst Dean Harrison, Silicone Engineering ZX6R Kawasaki, impressed on his to a joint personal best North West 200 finish of fifth.