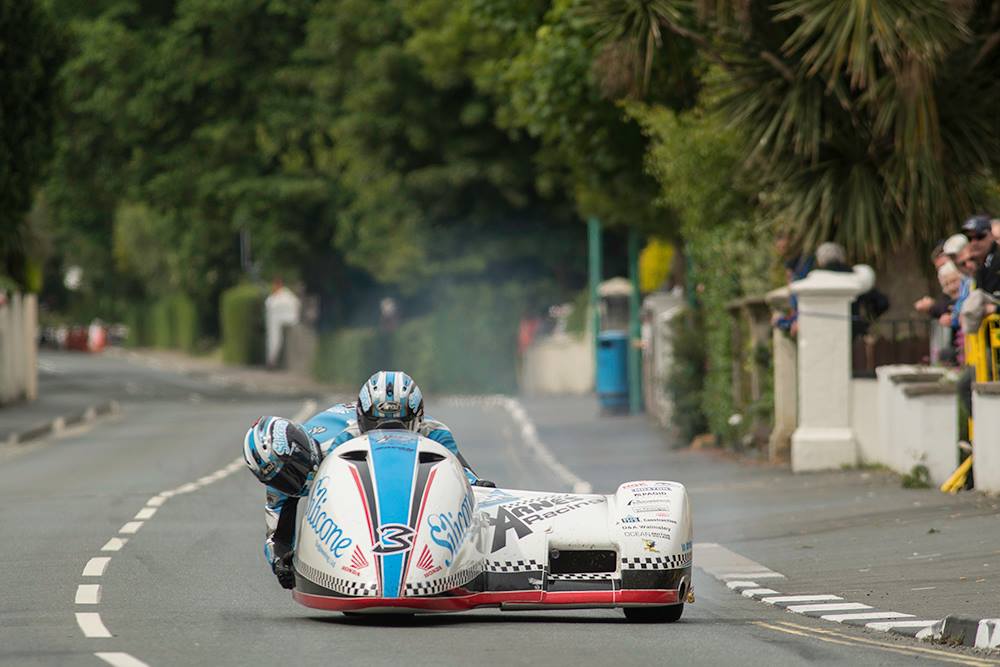 Alongside taking their haul of TT victories to eight, plus becoming the first crew in history to lap the Mountain Course at in excess of the 119 mph mark, the Birchall brothers Ben & Tom also made it three Sidecar Championship crowns in five years.

The Birchalls tumultuous performances also takes them into double figures now in terms of event podium finishes, with them now holding a CV that carries 10 TT rostrums.

Nearest pursuers to the Mansfield pair in both Locate.im Sidecar races John Holden/Lee Cain, have now finished the last four Sidecar TT races as runner up to the now tied 3rd most successful three wheeling Mountain Course competitors of all time. 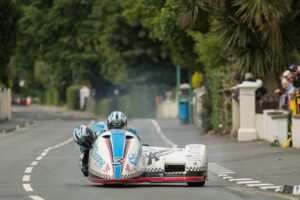 Twice third place finishers Tim Reeves/Mark Wilkes, like Holden/Cain and the Birchalls joined a select group of crews to lap at over the 117 mph mark, securing a best lap speed from the fortnights competition of 117.729 mph.

In total just ten crews acquired bronze replica trophies following the opening Sidecar encounter of TT 2018, which also saw the first 15 finishers all achieve an average race speed of plus the 105 mph mark.

Looking back on the second three lap race, a sign of Honda engines proving to be the power of choice at present for front running teams, was showcased via five of the top six finishers using Honda power.