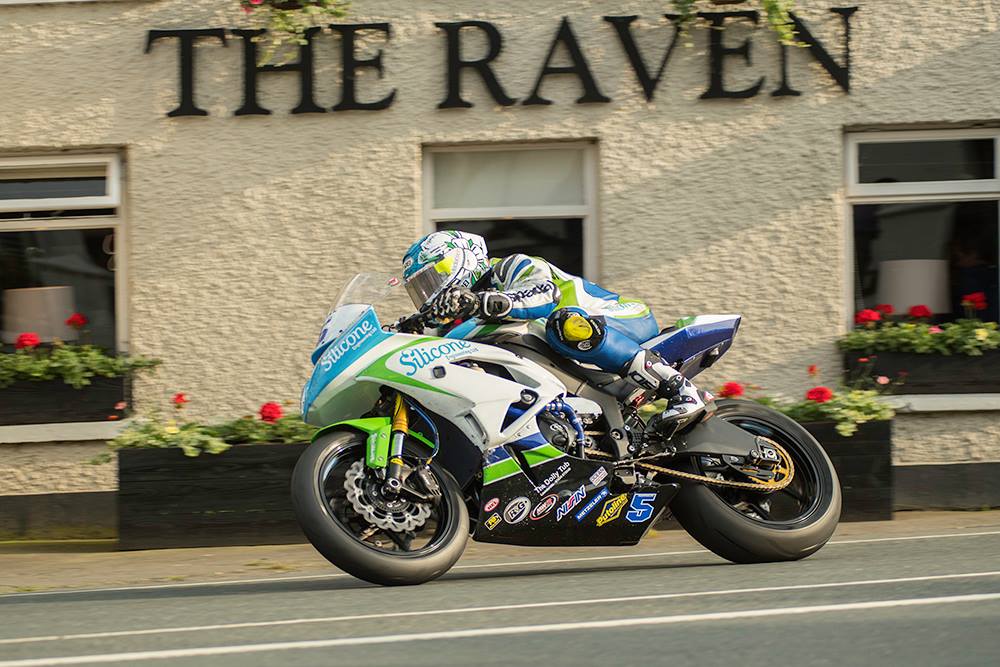 Quattro Plant/JG Speedfit Kawasaki’s James Hillier third on the timing screens, was only 0.457 behind Dunlop, whilst Smiths Racing’s Peter Hickman in fourth place was only a further 1.8 behind Hillier.

At Ramsey Hairpin Harrison increased his race lead to 2.734, which by the Bungalow increased to almost three seconds. On top form aboard his ZX-6R Kawasaki which went through the speed trap at almost 170 mph, the Bradford racer steadily was edging away from 17 times TT winner Dunlop. 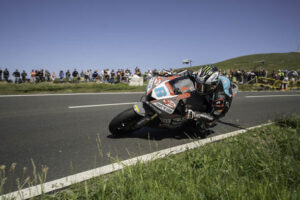 An opening lap of 128.188 mph helped him an advantage at the end of lap 1 of 3.6 seconds over Michael Dunlop, who in turn was six seconds of Peter Hickman who just edged in front of 2013 Lightweight TT champion Hillier, by only 0.197 of a second.

Lap 2 would see TT, Ulster GP outright lap record holder Harrison take a strong grip on the race, as he showcased yet again why he is now rightly regarded as a definite member of a group of riders, considered as roads aliens.

Losing no time per sector, only increasing by a second here, a second there to nearest pursuer Dunlop, by the Bungalow the lead grew to nigh on the seven second mark. 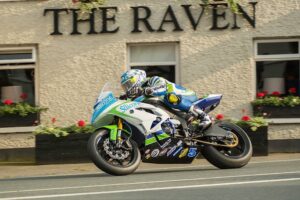 Come the conclusion of lap 2 Harrison bolstered by a near class lap record of 129.099 mph, held an 8.33 second lead over Dunlop, who in turn was 9.8 clear of Hickman who was only two seconds in front of Hillier in the battle for third.

Behind them Padgetts backed Manxman Cummins was 11 seconds further back, but now plus 20 seconds clear of team mate Johnston.

Drama a plenty unfolded in the pits, as Dunlop as in the previous Supersport race taking on a tyre change, encountered a 30 second speeding related time penalty when leaving the pits.

This left leader Harrison with a now major advantage of closing in on 20 seconds, over TROOPER Triumph mounted Hickman, whilst Hillier and Cummins also moved up the order following Dunlop’s time penalty.

Onto lap 3 and Harrison’s now nearest pursuer Hickman, like previous nearest challenger Dunlop, was struggling to keep pace with the relentless pace of the reigning Duke Road Race Rankings champion. 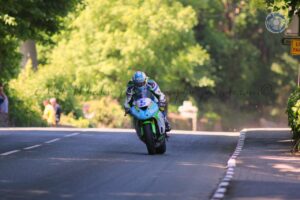 At Glen Helen the race lead stood at 18.393, which by the Bungalow extended to a gap of plus 21 seconds, it seemed reliability pending, this was Harrison’s race to lose.

He held at the end of the third and penultimate lap a lead of 19.5 seconds over Hickman, as Hillier, Cummins, Dunlop back in fifth following his pit lane time penalty, and McAMS Yamaha’s Josh Brookes concluded the top six.

The fourth and final lap saw Silicone Engineering Racing’s Dean Harrison, as he had during the whole of another compelling Supersport TT race, keep up a world class, persistent pace.

19 seconds clear on the run up to Ramsey Hairpin, which was reduced slightly by Superstock TT winner Hickman at the Bungalow to 18.8 seconds, he ultimately crossed the line at end of lap four to win the second Monster Energy Supersport race of TT 2018 by 18.67 seconds.

Now a two time TT winner, Harrison who set a new race record, stated in the ensuing press conference that he pushed as hard he could in the opening laps, plus added about how good the performance of his Metzeler tyres were. 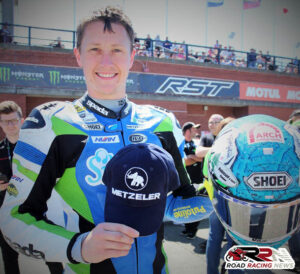 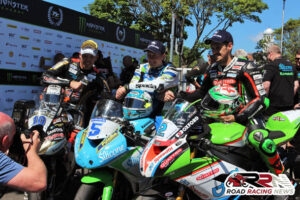 Race runner up Peter Hickman was delighted to wrap up a third rostrum finish of TT 2018, whilst third place finisher James Hillier determined to return to the podium finishers circle today, was extremely happy to be back on the rostrum, as he took his tally of TT podium’s to a now impressive total of 12.