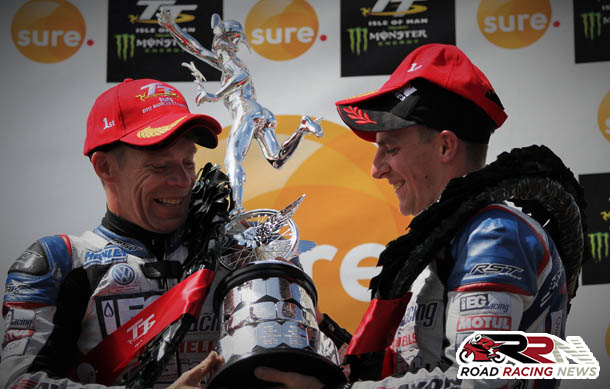 Beginning two hours behind schedule, the second Sure Sidecar encounter of TT 2017 provided a mix of drama, rising stars moving up a level and the usual suspects in fine fettle.

There was a slight surprise at Glen Helen on lap 1, as John Holden/Lee Cain headed the Birchall’s by just over a second.

Out front Holden/Cain’s lead concluded at Ramsey, as the all conquering Birchall’s surged into race lead.

From here the IEG (International Energy Group) backed duo, steadily increased their advantage, to ultimately by the end of the opening lap, leading their Silicone Engineering Racing counterparts by 7.716, with Reeves/impressive newcomer passenger Wilkes, just 0.338 back.

The penultimate Sidecar lap of TT 2017, would see the Birchall’s ease out by the Bungalow, a lead in excess of 17 seconds.

Holden/Cain second, had been overtaken on time at Glen Helen by Reeves/Wilkes, who soon struck problems, forcing them to retire at Lambfell.

At the end of lap 2, the Birchall’s held a lead of plus 20 seconds over Holden/Cain, Blackstock/Rosney and Harrison/Winkle, where closely matched in the battle for the final spot on the podium. 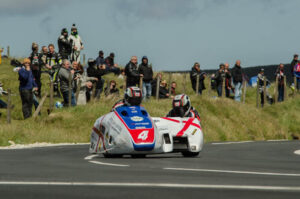 Another high profile retirement on lap 2, came in the form of Alan Founds/Jake Lowther retiring at Quarter Bridge.

Underlining their status as the foremost Sidecar driver/passenger combination of their generation, lap 3 of the second Sure Sidecar encounter, was a quite memorable one for Ben Birchall/Tom Birchall.

I state memorable cause, you could sense the appreciation amongst the large crowd round the Mountain Course, for the extremely talented Mansfield based duo.

Crossing the line at the finalisation of the last lap, they wrapped up not only a sixth TT victory, but also a fifth Sidecar TT success in three years, a quite sensational record. 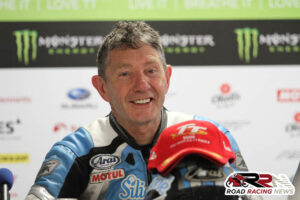 John Holden/Lee Cain in second, 26.677 behind, had nothing but admiration for their fellow competitors.

It’s not been a bad fortnight for the Silicone Engineering Racing team, which mixed vast experience with one of the Isle of Man’s fastest up and coming Sidecar stars.

Conrad Harrison/Andy Winkle in third place, where absolutely delighted to end their TT 2017 campaign, with a podium finish.

You can apply the same notion to fourth place finishers Lewis Blackstock/Patrick Rosney, who although missing out on a podium, still produced a very impressive performance.

In my opinion today, we where watching today the current outstanding individuals, definitely most dominant at the TT Races at present, the Birchall brothers. 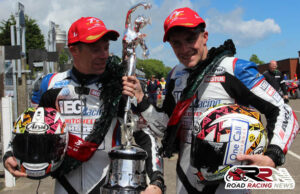 Now six times TT winners, they have it all around the Mountain Course; the talent, the ambition, the determination, the talent, plus they are true sportsman. 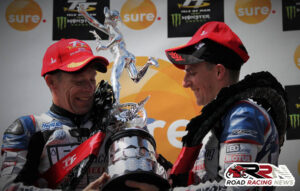 You can tell what it means to them, when they secure a TT victory, showcased today as the Mansfield produced yet another moment of TT history.