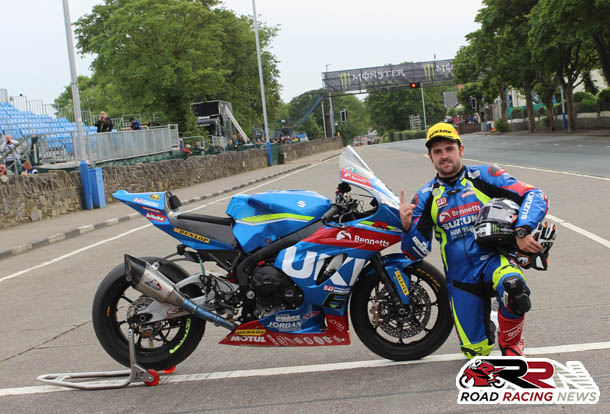 The re started Pokerstars Senior race, now run over four laps, burst onto the horizon, at 5:15 PM, as Norton’s David Johnson, got the showpiece event of TT 2017, underway.

Lap 1 at Glen Helen saw Michael Dunlop, storm into an early race lead, showing much better form, than he did in the original Senior start.

1.514 behind the Bennetts Suzuki racer, was Bruce Anstey, who in turn was just in front of Dean Harrison and Peter Hickman, with just three seconds covering the top four.

Positions within the leading trio, didn’t change at Ballaugh Bridge, but did at Ramsey Hairpin as Smiths Racing’s Hickman moved into second, but two seconds behind Dunlop.

The Mountain Course lap record holder’s lead grew to in excess of four seconds by Cronk Ny Mona, Anstey and Harrison, third and fourth, where both closely matched.

At the end of lap 1, Michael Dunlop held an advantage of 4.268 over Peter Hickman, Anstey third was just 0.77 in front of Harrison, as Michael Rutter and Conor Cummins completed the top six.

Onto lap 2 and Dunlop, showing the type of form, that makes him so hard to beat at the most famous road race in the world, stretched out his lead to over the 9 second mark, thanks to a lap speed of close to 133 plus. 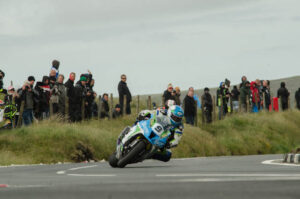 Hickman in second place, was breaking away from new third placed Harrison, who was now 14.62 in front of Rutter, as Bruce Anstey encountered problems with the exotic RC213V-S Honda.

James Hillier, steadily improving his pace moved up to fifth, the top six was finalised by Conor Cummins. 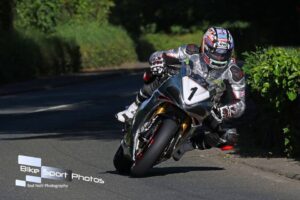 The penultimate lap of the race, would see Dunlop take an even firmer grip on this year’s Senior, all the signs where pointing to a third premier TT title for the Ballymoney based rider.

With a lead of plus 10.6 over Peter Hickman, at the completion of lap three, it’s fair to say the excitement was rising within the Bennetts Suzuki ranks.

As JG Speedfit Kawasaki’s James Hillier, Michael Rutter piloting the Superstock Bathams SMT BMW and Norton’s Josh Brookes up to sixth, completed the top six on the leader board. 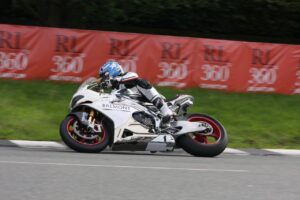 Proving yet again, that the impossible is possible, Michael Dunlop on the final lap of TT 2017, section by section, timing point by timing point, did everything he had to do, as he homed in on a 15th TT victory.

11 seconds clear at Ramsey Hairpin and the Bungalow, he extended his now commanding race lead to 12 seconds plus at Cronk Ny Mona.

Crossing the finish line at the end of lap 4, Michael Dunlop made it 15 TT wins, his third Senior TT crown, surpassing the legendary Mike Hailwood’s tally of TT successes. 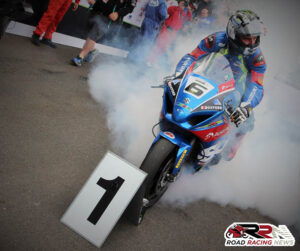 It’s also a first TT title aboard Suzuki machinery, for the rider who in my opinion, has to now be regarded amongst the greatest TT racers of all time.

Peter Hickman’s second place finish, made it five podium finishes from five starts at TT 2017, a truly brilliant achievement from a rider, who is sure to soon, become a TT winner. 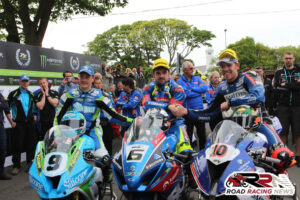 Dean Harrison, topping the 132 mph mark for the first time on lap 4, ended a solid race week, with an eighth TT podium finish.

Conor Cummins ended a frustrating two weeks for him and Padgetts Racing, by securing a respectable eighth place finish, as Martin Jessopp, another new member of the 130 mph club and William Dunlop completed the top ten finishers. 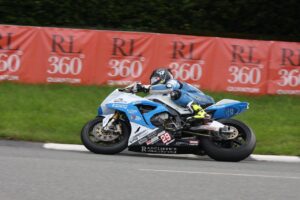 Horst Saiger wrapping up the TT Privateers Championship for the first time and Derek Sheils before retiring on lap 2, becoming the fastest Southern Irish rider in TT history, lapping at 128.78 mph.

After such a challenging two weeks on the Isle of Man, it was good to see TT 2017 end on a positive note.

Stated by me before, Michael Dunlop is a pure road racing genius.

Now a TT winner, on Honda, Kawasaki, Yamaha, BMW and Suzuki machinery, you quite simply have to take your hat off to him. 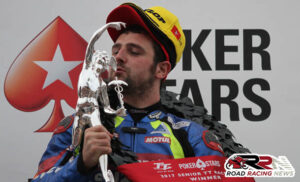 Bringing Suzuki back into the big time, international roads wise, his win today, has to rank amongst his greatest TT victories.

Perhaps misunderstood by some, he’s a quite unique individual, who proved again today, his absolute mastery of the Mountain Course. 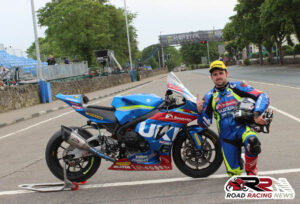 Huge plaudits must be added to Hawk Racing for making the new GSX-R 1000 into a Senior TT winning machine, in such a short space of time.