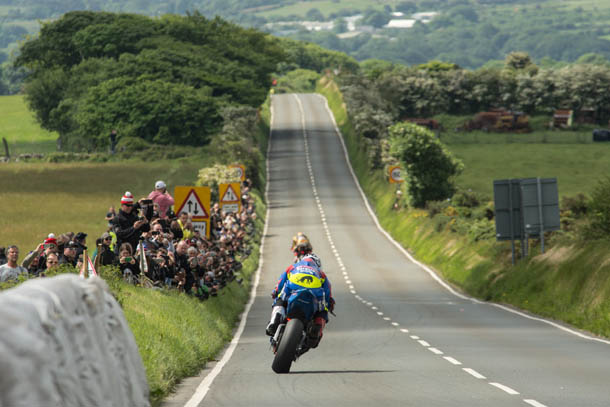 Live updates from what’s set to be a gripping 2017 RST Superbike race. 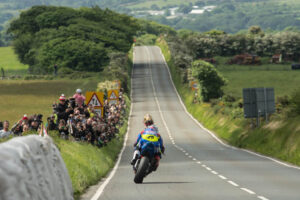 10:59 PM – What will today bring for Honda Racing and Guy Martin? 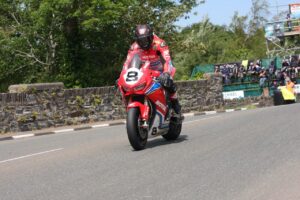 11:18 PM – 66 riders set to grace, the 2017 RST Superbike TT, amongst them include fastest qualifier outside of the top 20 seeds, Cookstown BE Racing’s Derek Sheils. 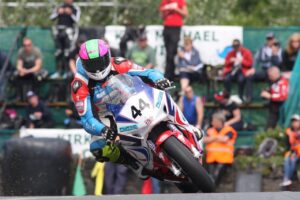 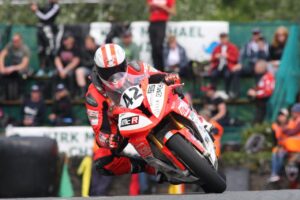 1:54 PM – Josh Brookes pleased to be back, competing at the TT Races.

Top 20 seeded riders, all away.

Hutchinson is 2.4 clear of Conor Cummins, Bruce Anstey drops back to sixth.

Dan Kneen into seventh, Peter Hickman back to eighth.

Dan Kneen is seventh, Bruce Anstey drops back to eighth, Michael Rutter and David Johnson round out the top ten.

Dean Harrison second, is just 0.237 behind, James Hillier is just 0.4 back, in third place.

Ian Hutchinson is fourth, but five seconds back.

Dunlop’s lead increases to a second, Hillier back into second, Harrison now third.

Michael Dunlop’s lead at the end of lap 1, stands at 1.885 seconds, over Dean Harrison, following an opening lap speed from a standing start of 131.135 mph.

James Hillier third, is just half a second back.

Dunlop maintains his race lead at Glen Helen, albeit slightly lower, with Dean Harrison reduces his lead to 1.485 seconds.

Dan Kneen sixth, just 0.835 back, behind his fellow Manxman.

At the Bungalow Harrison’s lead reduced to 6.594 seconds over James Hillier, now back into second, Ian Hutchinson back to third, 0.8 behind.

Manx stars Conor Cummins and Dan Kneen, round out the top six.

Harrison’s lead reduced further to 5.173 seconds over Hillier, Hickman up to third, Hutchinson back to fourth.

Conor Cummins loses loads of time, in the pits, effectively halting his challenge for a podium finish.

After the pit stops, Dean Harrison has a four second lead over Ian Hutchinson, Peter Hickman remains third, James Hillier who had a long pit stop, back to fourth.

Hickman is third 5.3 back, Hillier 7.7 behind, the Smiths Racing rider.

Hutchinson second, is starting to run in good form, same as Peter Hickman, third, who is 7.2 in front of James Hillier.

Dean Harrison’s lead reduced to 4.263 seconds over Ian Hutchinson, Hickman 5.8 back in third.

Tyco BMW’s Hutchinson, is on a charge!

Hickman, not out of contention in third, just 5.222 back.

Harrison’s lead now down to 0.28 of a lead, Hutchinson second, is mounting a firm challenge to his fellow Yorkshire based rider.

Hickman third looking dangerous, not far behind, to the leading duo.

Dean Harrison back into race lead, 0.610 in front of Ian Hutchinson, Peter Hickman, six seconds further back in third.

James Hillier fourth, reeling in Hickman, for the final spot on the podium.

Harrison ever so slightly increases the lead at Ballaugh Bridge, the gap at the front now stands at 0.651 of a second, Hickman third, 6.6 back.

Hillier chipping away in fourth place, circulating on the road, with Hutchinson.

Hutchinson now back into the lead, 0.7 in front of Harrison, possibly held up by the Norton, of David Johnson, going into Ramsey Hairpin.

Hickman third, just five seconds back, Bruce Anstey stops at Ramsey Hairpin, then gets back going.

Dan Kneen back into sixth, reeling in rutter for fifth place.

Hutchinson continues to lead at Cronk Ny Mona, 4.357 now in front of Peter Hickman, who slots into second place, just 0.88 in front of Harrison, back in third.

Rutter and Kneen, closely matched in fifth and sixth.

Hickman just 0.7 behind in third, Harrison back to fourth, just 0.6 further back.

Smiths Racing’s Peter Hickman is third, but just 0.895 in front of Dean Harrison.

Conor Cummins is an official retirement at the pits, Top Gun Racing’s Dan Hegarty, is another high profile retirement.

Hutchinson’s lead at Ramsey Hairpin, increases to 10.967 seconds, over Hickman in second, who overhauls Hillier and Harrison, for the number 2 spot, at present.

Hutchinson 9.4 clear at the Bungalow, Hickman looking on course for a first TT podium finish.

Hillier third, just 0.9 behind the twice Macau GP winner, Harrison fourth, still battling away, for a spot on the podium.

It’s maybe to late for Hickman to overhaul Hutchinson, but the gap is down to 7.956 seconds.

Hillier and Harrison, are extremely closely matched in third and fourth.

Drama at Glen Helen on lap 6, Hickman gets the race lead down to 2.519, Dean Harrison back into third, Hillier back to fourth.

Hickman reduces the race lead even more, now down to 2 seconds, what a climax, to a quite dramatic race.

Hillier fourth, is 5.8 behind the Silicone Engineering Racing rider.

2.798 seconds is the lead for Ian Hutchinson at the Bungalow, there’s nothing in it, between him and Peter Hickman, for race honours in the opening race of TT 2017:

Harrison third, is 4.3 clear of James Hillier, huge battle on, for the final spot on the podium.