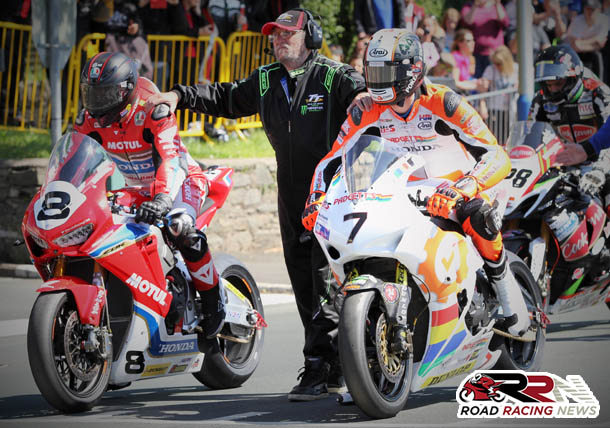 Ahead of the RST Superbike race, here’s just some of the interesting news, emerging from the new look TT paddock.

Bruce Anstey and Conor Cummins Padgetts Racing mounts, feature title sponsorship from a series of new sponsors for the Batley based team. 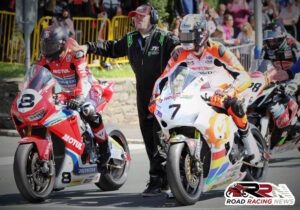 Suzuki staff, direct from Japan, have been over working on Bennetts Suzuki’s Superbike, which this week has ran in a completely different spec, from what was run at the North West 200.

Despite this, it’s proved no problem for Michael Dunlop, practice week pace setter, with an impressive lap speed of 131.062 mph.

Guy Martin stated on Thursday night on ITV4, that this years TT, will be a development one for Honda and the marques new CBR 1000RR Fireblade SP2.

The first rider away outside of the seeded 20 starters in the RST Superbike race, is Cookstown BE Racing’s Derek Sheils, who yesterday unofficially set his fastest ever lap around the Mountain Course, lapping at 127.704 mph.