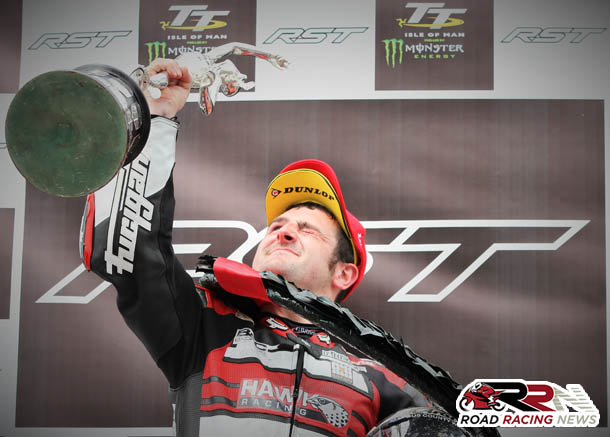 With four big bike victories, over the last three years, plus holding the honour of been the first rider to lap the Mountain Course under 17 minutes, you can see why many tout Michael Dunlop as the current undisputed master of the most famous road racing circuit in the world.

He showed at the North West 200, the potential of the Bennetts Suzuki Superbike, with a gritty fourth place finish in the feature race, which has given “Maverick” and Hawk Racing an extra confidence boost, going into TT 2017. 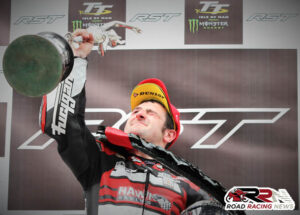 Although it’s an unknown as to how competitive the new GSX-R 1000 will be on the world famous Manx roads, one things for sure in that the rider from Ballymoney, will be giving it absolutely everything in pursuit of more TT success.

In my opinion practice week, is going to play a bigger part than usual, if inclement weather embarks upon the Isle of Man on certain days. This will play into the hands of riders, who have experience aboard their machines down Glencrutchery Road.

Correspondingly those who are piloting new bikes, such as Michael Dunlop, will want an uninterrupted week of practice. 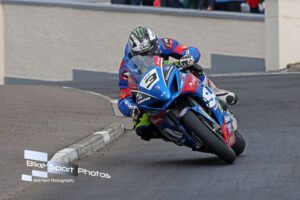 Off the pace at the North West 200, it’s fair to say Guy is still getting himself back up to speed, in his roads comeback season.

It’s difficult to state how competitive the multiple times world record breaker will be at TT 2017. In my opinion it’s going to be a big ask for the eight times Steve Henshaw International Gold Cup winner to challenge for podium finishes. 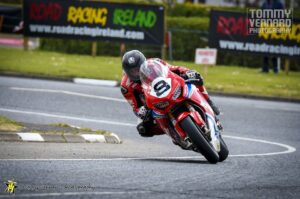 The reason for this been, the sheer level of competition, encapsulated by one of his great contemporaries, Tyco BMW’s Ian Hutchinson.

Going onto Manx soil in strong form, following a top class showing in the feature superbike race at the North West 200, which saw him finish third, Hutchy is confident of adding to his previous two big bike glories from TT 2010.

Switching to Dunlop Tyres, his move to working with the vastly successful Tyre company, could well prove the missing ingredient needed, to provide TAS Racing with a first Superbike TT success, since 2008. 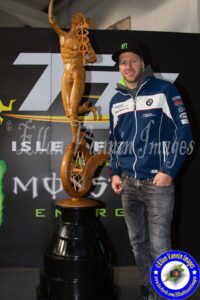 Fellow S1000RR BMW mounted rider, Smiths Racing’s Peter Hickman, has developed in recent years, into one of the “elite” competitors of the Mountain Course.

A three times international road race winner, it’s only a matter of time in my opinion, before he records a first TT podium finish. Will this prove next month? It wouldn’t surprise many.

At the other end of the roads spectrum, Bruce Anstey, now 48 years of age, may now be considered a veteran, but discount him at your peril from contending for race wins.

Set to pilot the evocative RC213V-S Honda in the Superbike and Senior races, he more than has the capabilities to propel the Moto GP spec machine to the number spot on the leaderboard.

He showcased last year, it’s capability, via strong displays during practice week, and a top five finish in the Senior race.

Now one year on, with a year’s development behind it, the Kiwi is anticipated by many to lead the Honda challenge.

Michael Rutter on the Bathams SMT Racing BMW, is an additional dark horse for podium’s, in particular given his world class performances at the North West 200. 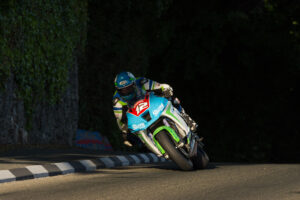 Silicone Engineering Racing’s Dean Harrison, is ready to step up this year in the big bike classes, aiming to collect a first Superbike podium finish.

Winner of all seven races at the Spring Cup National Road Races at Oliver’s Mount, like JG Speedfit Kawasaki’s James Hillier, he’s a rider not to underestimate.

Both extremely naturally talented riders, they both have the core pace to be right at the sharp end of the six lap races.

Lots of attention will be placed upon Norton’s all Australian duo David Johnson who holds the number one plate and the returning Josh Brookes.

It’s going to be interesting to see how competitive the new SG6 will be, as it goes up against the factory backed steeds.

One of motorcycling’s most popular brands, thousands would love to see the Norton name, back on the podium at the TT.

Been realistic though, in my opinion this is going to be a tough ask for the British manufacturer, they are though going in the right direction, as showcased by seventh position in last year’s RST Superbike race. 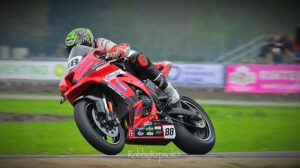 Will it be a case of more Hutchy vs Dunlop battles, can the 40 something’s roll back the years, or will there be a surprise or two? We will all find out soon.

All that’s left to say, is roll on the Superbike action, at this year’s TT Races, which celebrates it’s 110th anniversary, a 134 or even 135 mph lap, to celebrate this landmark, we all know it’s a possibility.