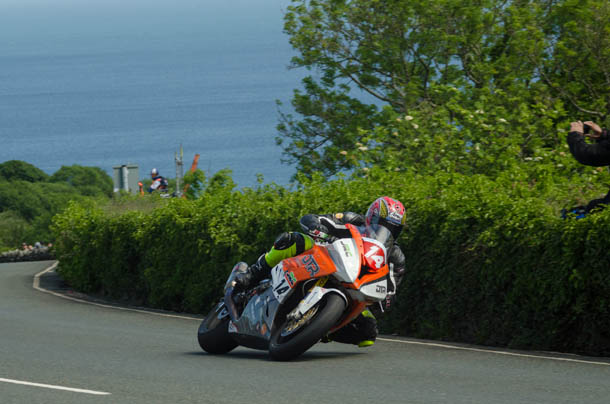 TT 2017 saw Penz 13 BMW add a TT podium finish, to their accomplished roads CV, which marked the standout moment of a positive two weeks of real roads action, on the Isle of Man for Rico Penzkofer’s outfit.

A great fifth place finish in the RST Superbike race, was backed up by a memorable third in the Royal London 360 Quantum Superstock encounter, as Dan produced a world class performance aboard his DTR backed steed. 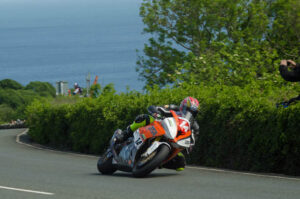 When he was officially confirmed to have clinched a maiden TT podium finish, the roar from the large crowd within the grandstand was huge.

Commenting on his first TT campaign, in Penz 13 BMW colours, the Manxman said:

“All in all it was just a mega TT 2017. We had some issues, but above all we got our first podium. It was not only my first TT podium, it was also the first one of the Penz 13.com BMW Motorrad Motorsport team and this made us all smile more than ever before.

We had worked hard to gain such success but it takes some time to sink in. I simply held the momentum going after the 5th in Superbike TT, which was my best result on the big bikes till then, and then, in Superstock, we upped the game.

The last two laps I had to switch off the electronics and rode this bike in pure, which for sure not helped, but in the end I was so committed to take that podium spot.

Senior was a bit of a mixture of fortunes with having to start twice and not every day is the same. Still I am happy with 12th as it is a more than strong result here at home at my island.”

Team mate Alex Polita, taking in his second TT campaign, wrapped up series of highly creditable results, which included 35th and 36th place finishes, in the Superstock and Senior races. 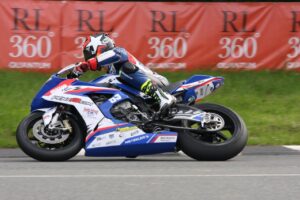 “I am happy with how the TT unfolded in the end for me. It was a tough beginning and it is not helpful if you got so less practice time as we did this year around.

It took me until the Superstock race to really remember where to go in some places around here. The Stock race already was very good and I knew the way again.

In Senior I did everything to push for another fast lap and in the end I improved over 4 laps by almost half a minute. I got two Bronze replicas this year, which makes me proud and happy.”

“It’s hard to summarise this year’s TT in only a few words. Of course it started on the wrong foot with the unfortunate and in the end innocent crash of Danny Webb. But even though he got some injuries, which will take some time, it was good to see him in such positive spirits and in the end back in the paddock with his team.

Dan, well, he caused on of the best days in my life so far by earning our first TT podium together. I raced here myself a couple of years and I would not even had dreamed of the podium.

We stayed on with this team and improved ourselves year after year, getting riders we believed on they would be capable of doing this. And now Dan did this.

He started with his best big bike result in fifth in the Superbike TT and followed up with a podium. Also his 12th in Senior is more than strong and we are happy wraparound.

Alex started a bit frustrated at himself but we told him to remain calm, go out there, enjoy and have fun – and he did and the times did show up and improved.

He is a hard worker, as all three our riders are, and I believe we can soon celebrate even further success together. Thank you everyone!”