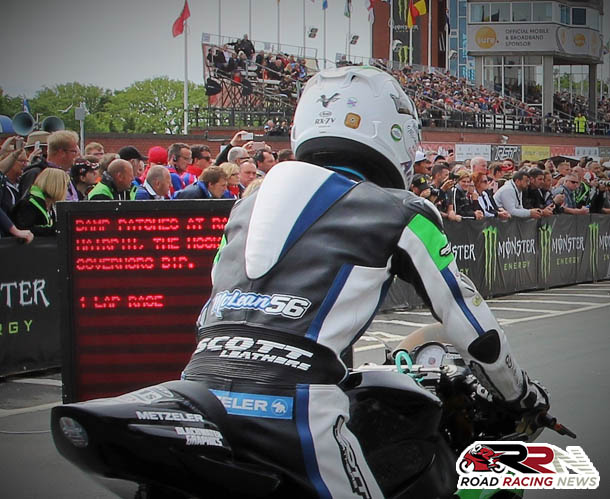 Adam McLean, on Friday evening received the Vernon Cooper trophy, for the title of been the leading TT newcomer of TT 2017.

It was a honour, more than well deserved, for the MSS/Hotties backed racer, who throughout the last few weeks has caught the eye of many, with his already depth touch around the notoriously difficult to learn, Mountain Course.

Starring throughout practice week, he underlined his promise on the famous Manx roads, with an excellent 18th in the opening Monster Energy Supersport encounter. 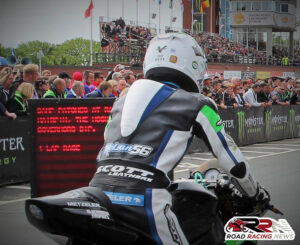 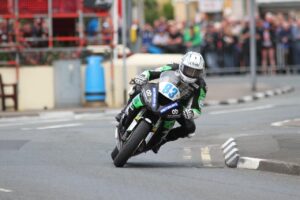 On course for a top ten finish, in the Bennetts Lightweight race, problems struck the Hanna Performance/MJ Palmer Kawasaki on lap 3, curtailing his race.

Despite not finishing the four lap race, road racing aficionados a plenty could tell he had taken to TT competition, like a duck to water.

“So that’s my first Isle of Man TT over, what an experience!

Tough couple of weeks with the weather and lack of practice but still really happy with what we achieved, Finishing Eighteenth in the Supersport race with a 120.6 mph lap.

Gutted to have had to retire from ninth position in the Super Twin race because of a small mechanical issue. I also received an award for the best/fastest newcomer.

Massive thanks to the team and sponsors for making it all possible and also everyone that’s helped me in any way while I’ve been on the island.