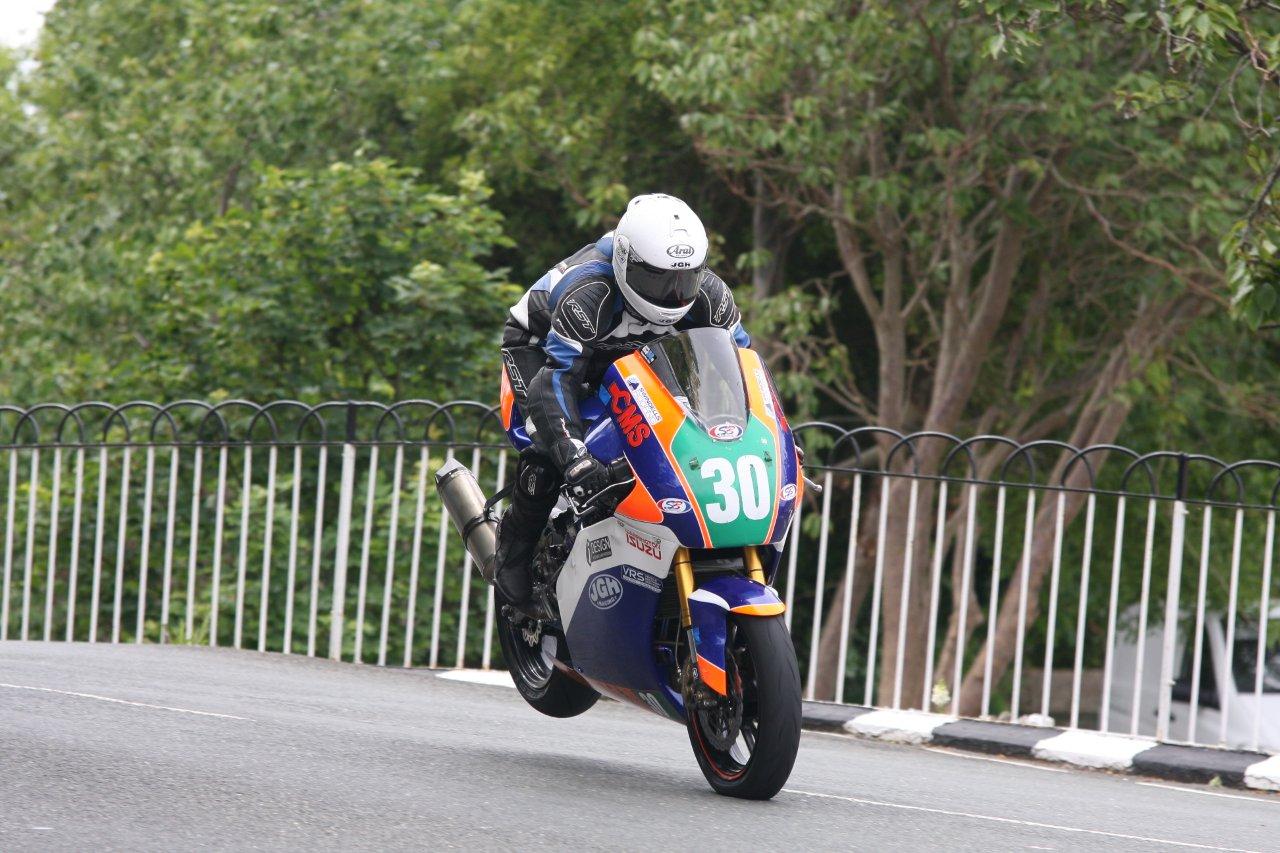 Piloting his own teams CMS backed ER6 Kawasaki, Jamie finished a fine 10th in front of many a well known and accomplished TT exponent. 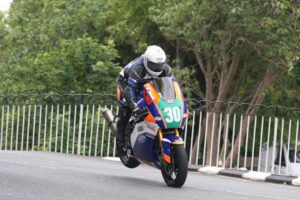 “Now the TT is over and I’ve had a bit of time to look back on it I thought id put a bit on here about the event. Practice week was mainly a frustrating one with weather and cancellations.

I came to the TT thinking id have got loads of laps compared to the Manx but ended up getting less than I would with only 8 on the 600 and 4 on the twin, which wasn’t ideal as the 600 was taking some time to sort out handling wise.

The twin was going well and i tried a different set up to what I have always ran there in practice and it had its good points and bad points, but the bad points just outweighed the good so i went back to what i knew for the race.

Besides from the riding in practice week, the rest of it was good with lots of laughs had in the awning and met quite a few people who are involved in the supporters club, which was nice to put faces to names!

Race week for me started on Monday with the 600 race, which was bloody hard work with the bike being hard to turn and bouncing me all over the road, it was a proper fight for 4 laps between me and my bike and one which left me frustrated.

I had hoped to come to the TT and lap at over 120 mph having done 118 mph at the Manx Grand Prix previously, but I didn’t get anywhere near those times and really struggled with it, which is annoying as I know what I’m capable of and I’m being held back by set up problems, even had other riders telling me how hard work it looked.

We did make quite big changes for a practice lap during race week but didn’t get chance to try them as my screen flew off and hit me in the face going down Bray Hill, so that was that lap knackered, and as it turned out that was the last action the 600 would see with the 2nd 600 race being cancelled.

The next race was the lightweight race where with going back to what I knew from previous years we had a good run.

The first lap was a little steadier than it should have been for reasons I don’t really know maybe a little to hesitant in places but laps 2, 3 and 4 where much better, caught the 6 bikes that started directly in front of me and the bike went really well and didn’t miss a beat.

I went a good 40 seconds quicker than I did at the Manx last year when I won over the full race distance, just a shame I had to start where I did as I think if I was a little further up the order, it would have helped me a little.

As I wouldn’t have had to pass so many people and maybe saved me 15 to 20 seconds or so, but we ended up in a good solid 10th place which was my own target a long time before the event started.” 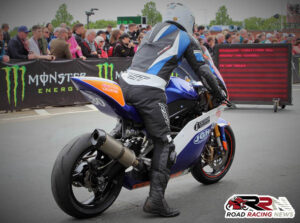 “I’ve got to say a massive thanks to everyone who has helped in any way getting me to this year’s TT because without them all I wouldn’t have got there, so in no particular order they are.