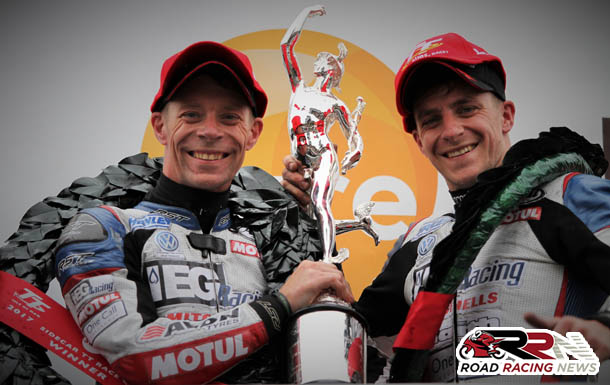 With wet weather looming, the opening Sure Sidecar encounter of TT 2017, got underway at 5 past 3, with the Birchall brothers, holding the number one plate for the first time, leading the 40 something entry away. 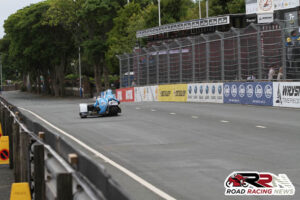 The Birchall’s stormed into an early lead of in excess of three seconds at Glen Helen, with John Holden/Lee Cain leading the challenge to the Mansfield based duo.

Ballaugh Bridge saw the Birchall’s increase their advantage to 4.6 seconds, this was extended to 8.5 at Ramsey Hairpin. 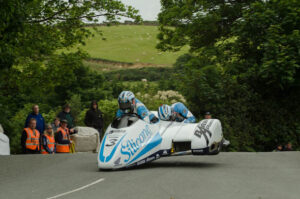 By the end of lap 1, the advantage moved out to 12.124, over Holden and Cain, with Molyneux and Sayle in third holding off the attentions of rising stars Founds/Lowther.

Lap saw the Birchall brothers create a piece of not only TT history, but also modern day sporting history, setting the first lap speed in excess of 117 mph, set by a Sidecar around the Mountain Course

Their magnificent new lap record, was a blistering lap speed of 117.119 mph.

John Holden/Lee Cain in second place, where giving it everything, to hunt down their on top form competitors, the gap though at the completion of lap 2, stood at a substantial 24 seconds. 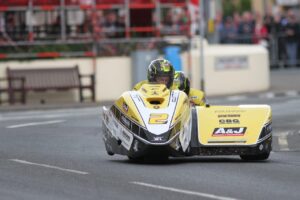 Having broke their previous lap record, the Birchall’s kept up a solid, accomplished and world class pace on the third and final lap, to maintain a firm grip on the race.

Over 26 seconds clear at Cronk Ny Mona, they where within touching distance of a fifth TT victory.

This 100 percent proved the case, as they sealed a fifth TT success, further cementing their position as been without a doubt the current Sidecar driver/passenger team to beat at the TT Races. 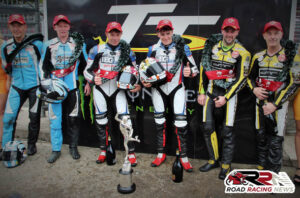 John Holden/Lee Cain who enjoyed a first TT podium finish, finished second, the final spot on the podium was recorded by Dave Molyneux and Dan Sayle, who on lap 3, was suffering from a rib injury.

Despite this handicap, the Yamaha powered Manx legends held off Alan Founds/Jake Lowther, to secure their 30th and 15th TT podium finishes, respectively. 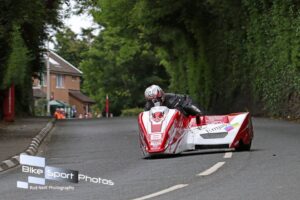 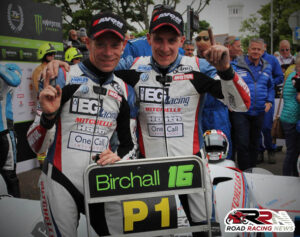 What can you say about Ben Birchall/Tom Birchall, they have to now be considered amongst the greatest Sidecar teams, to have graced the TT.

They will be aiming on Friday, to make it six wins on the Mountain Course, which has already proved a quite prodigious hunting ground for them. 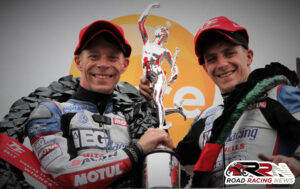