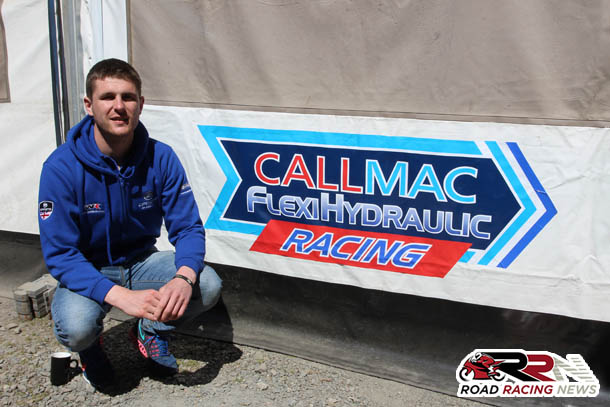 Craig Neve enjoyed a highly productive RST Superbike TT, as he finished 37th, in his first ever race, at the Isle of Man TT.

Having competed twice at the Manx Grand Prix, Craig opted to move onto the TT Races.

The lightweight race, sees Craig part of the factory CF Moto team, practice week has seen, him lap in excess of 111 mph, he’s quietly confident of sealing a notable result in the four lap race.

Looking back on the RST Superbike race, arguably the most positive moment from the recording breaking race for Craig, was lapping at a new personal lap speed of 122.424 mph on the Call Mac Flexi Hydraulic Racing ZX10R Kawasaki.

As for Craig’s favourite part of the Mountain Course, he still has pretty much not decided what’s the part he likes the most, he is a fan though of the start through to Ballacraine.

He’s set to gain more experience of the magical roads circuit, at the Classic TT Races, when he competes on a ZXR 750 Kawasaki.

When asked who is TT heroes are, Craig said, that like many he looks up to John McGuinness, plus he’s also in awe of what Peter Hickman has achieved in such a short space of time.

The opening Monster Energy Supersport encounter, opens action tomorrow on the Mountain Course. Having finished 16th in the opening supersport race, at the Vauxhall International North West 200, Craig is confident of securing a first class finish.

Amongst the next generation of Isle of Man TT racers, Craig is in my opinion a future highly accomplished exponent of the most famous road race in the world.