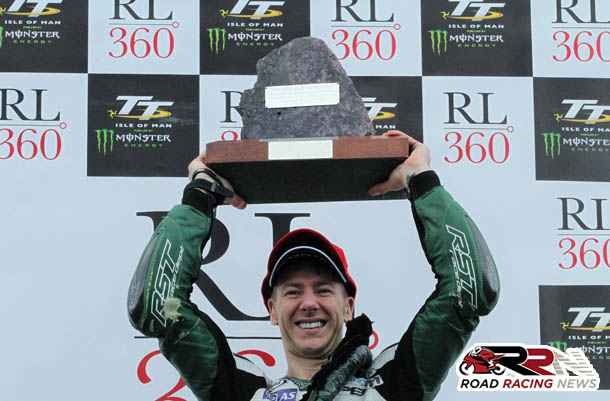 A theme running through the whole entry for the 2016 Royal London 360 Quantum superstock TT, is the sheer amount of S1000RR BMW’s and ZX10R Kawasaki’s entered.

The main reasons for this are, 1 they are the machines of choice at present in the superstock class, 2 the amount of power they produce and 3 at present they are totally out classing the once dominant CBR 1000 Honda Fireblade.

23 times TT winner John McGuinness, is set to participate for the second year in a row, in the superstock TT, on his own teams CBR 1000 Honda Fireblade.

With the Fireblade down on power compared to the BMW’s and Kawasaki’s, in my opinion a more realistic result on the cards for the Mountain Course hero, is a seventh or eighth place finish.

Like John McGuinness, Bruce Anstey is in the same boat, in piloting what is effectively now an uncompetitive superstock bike, in the CBR 1000 Honda Fireblade.

One things for sure though Bruce and the Valvoline Racing by Padgetts Motorcycles team, will be giving it everything in the four lap race.

First Kawasaki mounted rider away in the race, is Quattro Plant Muc Off Kawasaki’s James Hillier.

Gelling quickly with the new ZX10R, James starts for many people, a pre race favourite.

Having won a thrilling superstock race at the North West 200, Ian Hutchinson goes into the 2016 superstock TT, extremely confident of making it four stock 1000 successes, around the Mountain Course. 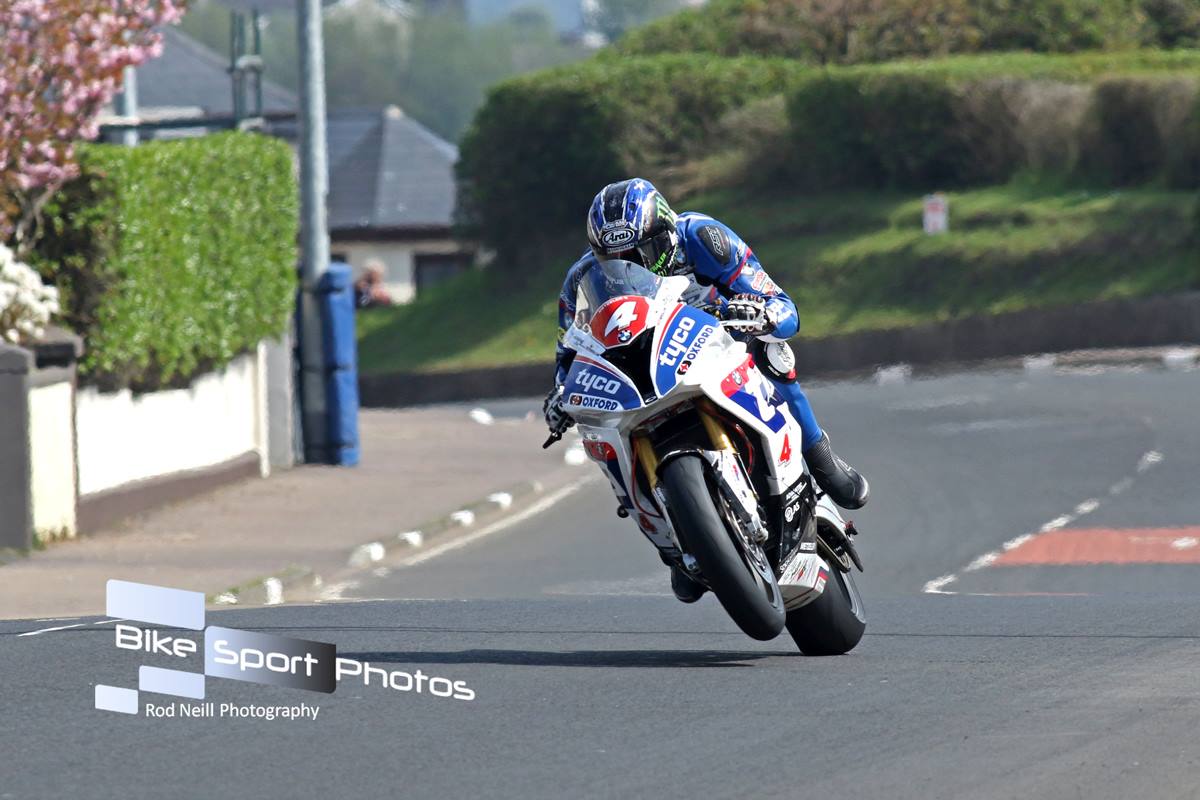 Although he has not competed on BMW Motorrad machinery before at the TT, we all know Hutchy and Tyco BMW’s superstock machine, could prove the dominant force.

Fastest newcomer in TT history Peter Hickman, starts for many favourite to lead the Kawasaki challenge.

Having finished second in the opening superstock race at the North West 200, Hicky showcased the potential of the JG Speedfit ZX10R Kawasaki, a race winning contender, no doubt about it.

Regarded by many as the world’s leading pure road racer, like in every class at TT 2016, he will prove hard to beat on his own teams S1000RR BMW.

One of the eye catching combinations for TT 2016 in the superstock class, is William Dunlop piloting MSS Colchester backed ZX10R Kawasaki.

Having enjoyed solid showing’s on the machine at Tandragee and Cookstown, William knows he has the machinery to propel him to at least a podium finish.

The evergreen Michael Rutter, is a dark horse for race victory.

He showed at the North West 200, that he’s firmly on the pace in the superstock class going into TT 2016, one to watch on the Bathams SMT Racing S1000RR BMW.

Having made the late switch from Jackson Racing to Valvoline Racing by Padgetts Motorcycles, it’s difficult to say how competitive Conor Cummins will be.

Whilst in my opinion Conor’s not a potential podium finisher, don’t at all be surprised to see him finish the leading Honda mounted rider.

Despite this we know Cameron’s pedigree in the superstock class, so don’t discount him from securing at least a top six finish.

A dark horse for a podium finish is Dean Harrison, on the Silicone Engineering Racing ZX10R Kawasaki. 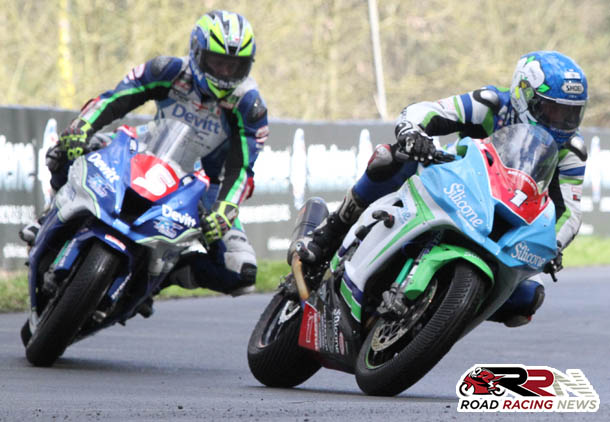 A former runner up in the superstock TT, Dean has the talent to provide Silicone Engineering Racing, with their maiden TT Races podium placing.

For many Lee Johnston, starts one of the pre race favourites. 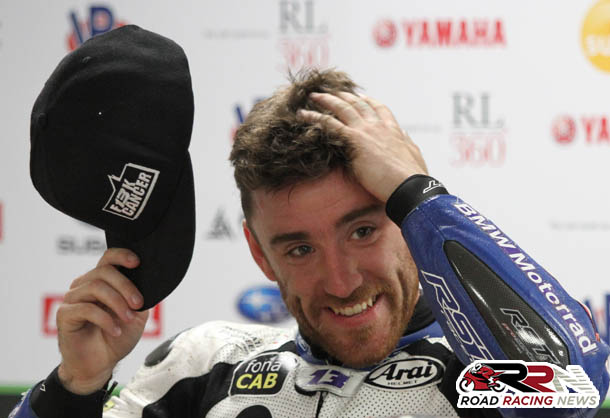 Piloting East Coast Racing’s ultra quick S1000RR BMW, he will be aiming to kick on from last year, when he clinched his first TT podium finish.

David is confident of pushing for a top three finish, “I’ve won British Championship races with 4 Anjels and I know they, together with Des Fleetwood, will build a bike capable of winning the Superstock TT. It will just be down to me to get the job done. I’m excited!”

The ever consistent Dan Stewart, adds added depth, to Honda’s presence on the grid.

Backed by long term sponsors Wilcock Consulting, Dan whilst perhaps not a top six threat, is more than capable of causing a surprise or two.

A three time Macau Grand Prix runner up, he has the credentials, to finish high up the leader board.

One of a select group of riders to have lapped in excess of 127 mph, Ivan will be knocking on the door in my opinion of a top ten finish.

Outside of the seeded runners, there is a whole host of talented riders, all capable of claiming many a famous scalp.

Five years ago the CBR 1000 Honda Fireblade, was without a doubt the machine to be on, in superstock trim.

With so many potential race winners on BMW’s and Kawasaki’s, the 2016 Royal London 360 Quantum superstock TT, could well be one of the most difficult races to call, during TT 2016.

So who will be victorious, in my opinion as in the Monster Energy supersport races, Ian Hutchinson starts the pre race favourite.

The last time TAS Racing won a TT was back in 2008 with Cameron Donald in the superbike and superstock races, will Hutchy end an eight year wait for Hector and Philip Neill’s team, or could we see a surprise result.

Not long to wait now, to find out the answers, to two possible outcomes of what should be a quite enthralling Royal London 360 Quantum superstock TT.