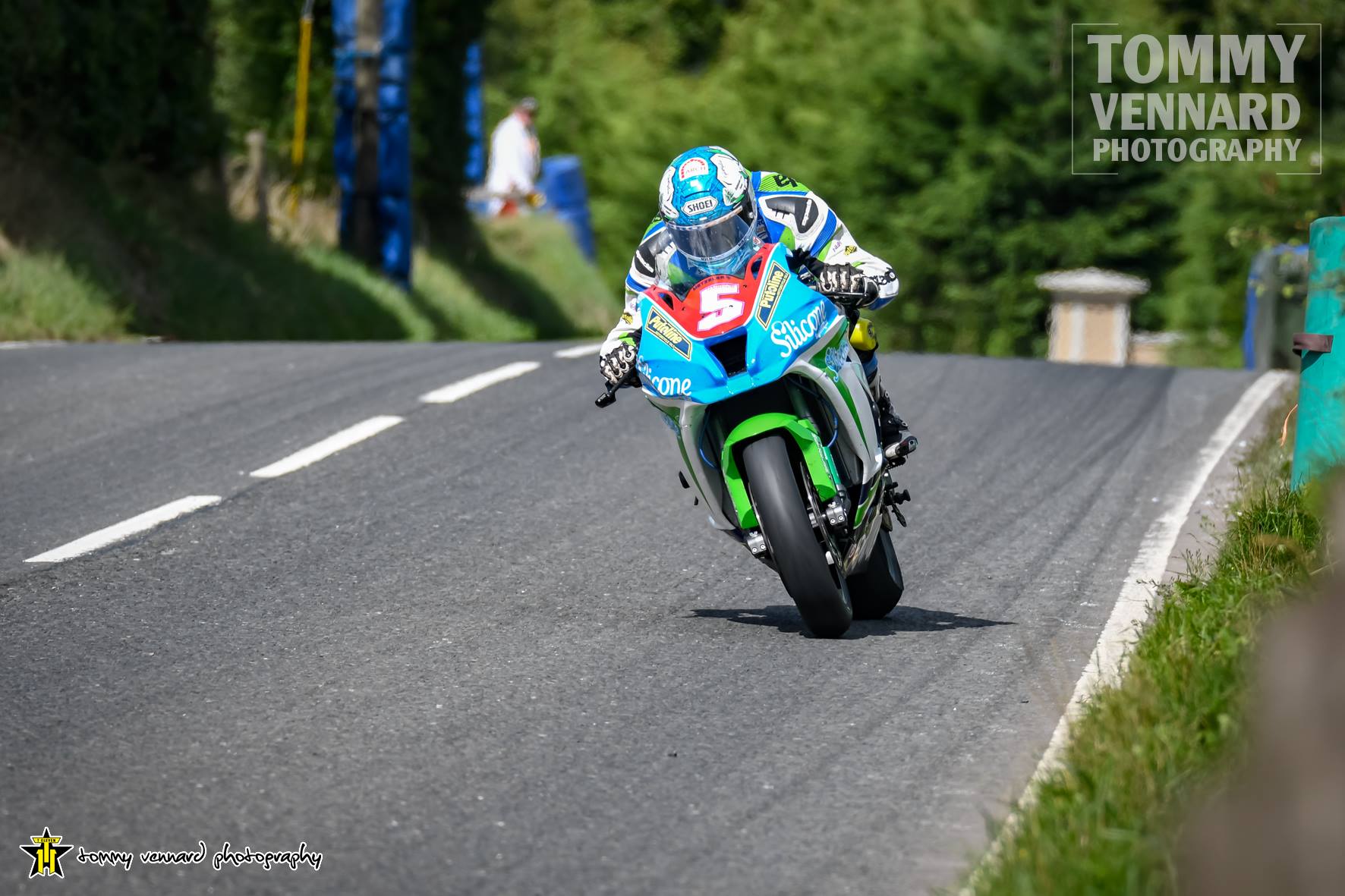 Jumping up more than a level or two, Silicone Engineering Racing’s Harrison has enjoyed no question his strongest International roads stint to date in 2018.

Gaining a healthy amount of track time during the opening British Superbike Championship rounds, he headed into competition at the Vauxhall International North West 200 quietly confident of contending for podium finishes.

Fourth in both Supersport races, third within the second Superstock encounter, the opening Superbike race saw Harrison back up his strong qualifying form, with a great ride to 2nd.

Following his NW200 exploits, various roads aficionados were tipping the Bradford racer, for race wins at TT 2018, and to provide a stern challenge to the likes of Michael Dunlop and Peter Hickman.

In stellar form throughout practice week, which saw him unofficially lap for the first time in excess of 133 mph lap mark, it was clear to everyone that he was at one with the Silicone Kawasaki’s heading into race week.

Race week began in style in the RST Superbike race, with a new outright lap record from a standing start banked, as Harrison lapped the Mountain Course at a scarcely believable 134.432 mph.

In command of the six lap race, technical gremlins struck his Kawasaki mount on lap four forcing him out of race lead and a nailed on race victory.

Wednesday of race week would see the fast talking, popular Yorkshireman finally stand on the top step of the podium, having claimed in great fashion Monster Energy Supersport race 2 spoils.

His most tumultuous TT tenure to date would end in drama filled, record breaking fashion, as he and Peter Hickman treated spectators around the Mountain Course, race fans around the world to one of the all time great battles for Senior TT success.

Nip and tuck throughout between Harrison and Hickman, ultimately the pace of Hickman proved to strong on lap six, as Harrison finished runner up, under three seconds behind the new outright Mountain Course lap record holder. 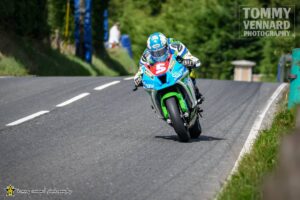 Established amongst the foremost road racers of his generation, Bradford’s Harrison showcased in 2018 that he could more than mix it with fellow International roads aliens such as Hickman, Glenn Irwin and Michael Dunlop.

Nearing 135 mph lap pace on the fabled Mountain Course, it wouldn’t at all surprise thousands if TT 2019 sees him seal for the first time the Superbike, Senior TT titles.