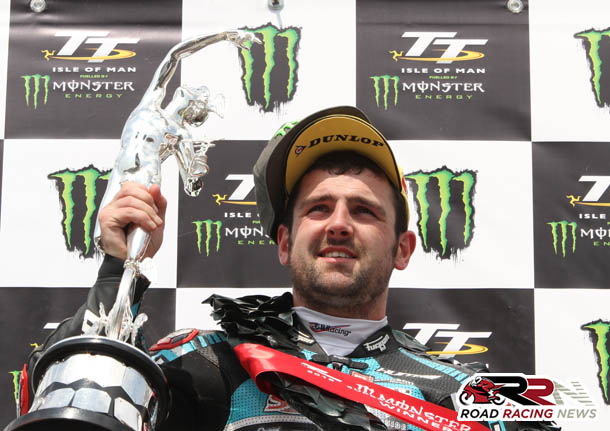 As always giving it 110 percent and more in pursuit of race wins, International roads maestro Dunlop showcased again on more than one occasion during this season, why he is regularly touted as a pure road racing genius.

Linking up for the first time with the TAS Racing run Tyco BMW squad, late April marked the start of his latest roads campaign at the KDM Hire Cookstown 100.

His first race in Tyco BMW colours on the Orritor course, saw him finish a solid second in the Open (A) race, finishing over four seconds behind Cookstown BE Racing’s Derek Sheils.

The prior Supersport invitational race yielded a hard fought, well earned victory, as CBR 600RR Honda mounted Dunlop powered to his first win of the season in style.

Following competition at Cookstown, attentions then turned to the Vauxhall International North West 200.

Third, fourth within the Superstock races, a largely by his standards average meeting results wise concluded in positive fashion with a second place finish in the feature Superbike race, as he provided a tenacious, gritty challenge to runaway pace setter Glenn Irwin.

Next event on the horizon for the Ballymoney roads magician, was his most important of the year, TT 2018. Race week at TT 2018 began with him regaining the RST Superbike title in dramatic fashion, as new class record holder Dean Harrison dropped out of contention on lap four, allowing Tyco BMW’s Dunlop to take control of the race.

After six laps of thrilling, pulsating Superbike action, Monday of race week would yield more victory spoils, as he took his tally of TT triumphs to 17, with a commanding triumph in the opening Monster Energy Supersport race, along the way setting a new class lap record of 129.197 mph. 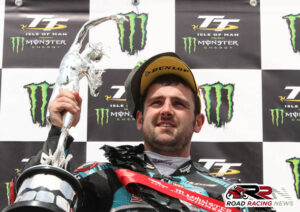 The corresponding Royal London 360 Quantum Superstock race would see him, Peter Hickman and Dean Harrison embroiled in a quite enthralling battle for class honours.

Ultimately runner up to new TT champion Hickman, the remainder of race week following the high quality duel for Superstock victory, would yield a mixed bag in terms of results.

With a pit lane speeding penalty dropping him out of race winning contention in the second Monster Energy Supersport race, Dunlop’s next chance for another TT title was within the hugely competitive Bennetts Lightweight class.

Making the most of his competitive SC Project Paton package, he claimed for the first time the Bennetts Lightweight title, to make it 18 TT victories, elevating himself to overall third on the all time TT winners list.

Race week concluded in by his standards disappointing fashion, with a fourth place finish within the showpiece Pokerstars Senior race, which saw Peter Hickman and Dean Harrison take pace on the fabled Mountain Course to unprecedented new levels.

With overall three race wins, a second place finish, finishing every race at TT 2018 at least fifth or better, not surprisingly the Mountain Course magician claimed for the third time, the Joey Dunlop Championship crown.

What the future holds for Michael Dunlop racing wise, only he knows. You hear lots of opinions on social media, stating is he coming back, who will he race for, lets just leave the man alone and let him make his decision.

No matter what the future holds, no one can deny the career’s he had thus far, which makes him for many the greatest pure road racer of his generation.