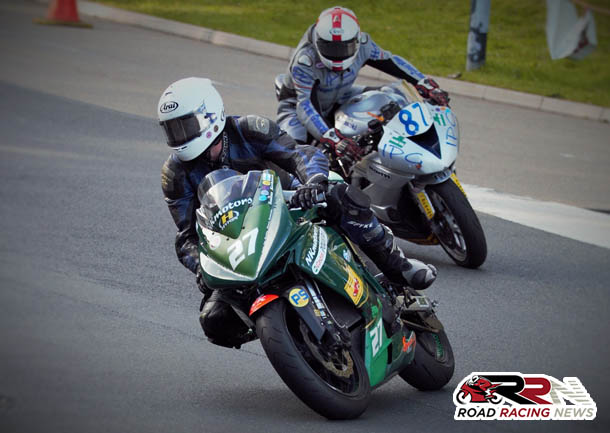 A highly rated exponent of two stroke, Super Twin and Supersport machinery, his answers to the popular series of questions, are as follows:

“A tough call this, I did Mid Antrim once and thought it was the maddest little circuit ever, but the races were cancelled because of weather.

Then I had a good trip to Cookstown once, which involved many interesting turns of events leading up to it.

But I think the best national roads outing for me thus far was at Ostrava Radvanice, in the Czech Republic. We had an absolute blast of a weekend. I’d put that as my number one national roads meeting.”

“The people, the other racers, marshals and spectators. They make it feel like I’m not just out there to have fun, but am also entertaining others. 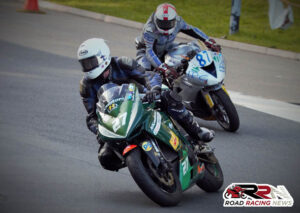 The TT is in a league of its own. I love the Dundrod circuit, but crossing the finish line at the TT just takes a lot more doing, and you also feel the sense of achievement when you’ve done it.

North West 200 I’ve never tried because Horice is usually clashing time wise, and has guaranteed sunshine whilst the North West is offering hail or rain at best.”

“I’d say Anders Blacha, as I’ve raced many times against him and I’ve learned a lot from him as well.

He races clean and fairly and rides safe but quick. I also have respect though for anyone turning up via long distance travel with decent machinery, it takes greater effort than many realise.”

“Winning at Horice in 2013 was nice for sure, as was getting a first TT replica. I’d say my best roads moment to date was my first TT in 2014, a truly great experience.”

“Somewhere closer to home like an event in Denmark, Sweden or Estonia.”

“I’d say Michael Rutter, he has been fast forever and still is ultra competitive. Plus he came over last year to race my home race, Imatranajo.”

“Neither. I prefer more open rules like within the old TT F1 series. But if I’d have to choose, I’d go for Supersport.”

“Fastest lap. No question about it. Qualifying is just practice, race is what counts.”