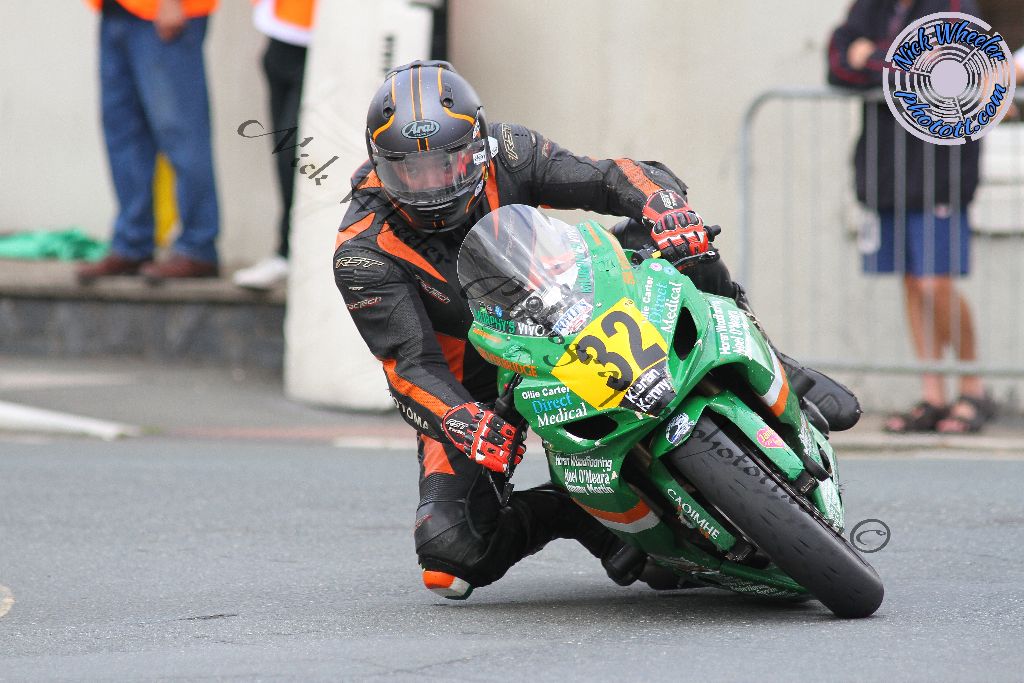 A top five finisher on his Mountain Course debut at the Manx GP in 2015, Damian’s answers to the popular series of questions, are as follows:

“My favourite national roads meeting is definitely the Tandragee 100. It has everything from fast flowing sections to tight technical bits and is a must for anyone in terms of preparation, for anyone thinking of competing at the TT or Manx GP.”

“My favourite racing bike? Well there are two, first of all the Britten V1000. I absolutely love those bikes, John Britten’s ability to make a work of art with his bare hands and the engineering that went into it, proper backyard engineering.

The rotary Norton though is my all time favourite, watching Steve Spray, Trevor Nation and Robert Dunlop wrestling those beasts around the track in the JPS colours was fantastic, and they sound fantastic.

It was really special to see all the Norton’s on display at the Manx Grand Prix. I would love to get the chance some say to race one, or even just get to ride one if anyone has one that needs riding.”

Q3 What’s the best part of competing on the roads?

“The best part of competing on the roads is the people. My fellow racers and their crews are a great bunch like a second family and the spectators are so friendly and so into the sport, and always happy to come over and say hello.

Also love the thrill of racing at high speed between hedges and walls, it’s a buzz that is hard to beat.”

“I’m not a fan of the North West 200 as it’s just a corporate event, and no respect is given to the struggling privateers.

The TT course holds a special place in my heart both as a Manx GP racer, and also been a former TT mechanic for Roger Maher,

Must add as well though that the Ulster GP circuit is just a balls out roller coaster ride, and deserves it’s place as the fastest road race in the world.” 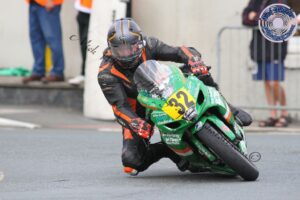 “I have huge respect for all my rivals on track, but last year I think the one that stood out for me was Andy Farrell.

I fixed and bashed fairings with him all season at home and he is hard but fair, and to watch him come back from 2 heavy crashes at the Manx GP, to get a podium last year deserves respect.

Also he’s sat for hours watching my on boards at the Manx GP, passing on advice which has helped me get so much quicker on the Mountain Course.”

“As I race in the open Superbike class on a 750 wins and podiums are scarce, but I think touching the 118 mph average lap at last year’s Manx GP is up there as one of my best roads moments.

Also must mention my 4th place in the 2015 Newcomers Manx GP, after coming back from 6 months laid up with injuries.”

“I can’t say there is actually. We in Ireland have the distinction of being one of the only countries in the world that has a road race championship, and I think when we leave Ireland and stand on the start line on the TT course we have a slight advantage.

“Martin Finnegan is my all time hero I have to say, but as a child I grew up on tales of Mick Grant from old books and videos, and that’s where my love of Kawasaki’s came from.

Also Robert and Joey Dunlop have a special place in my heart, as they were real gladiators of our time.”

“Superbike all the way for me. Supersport is a class for really skilled racers, were as I’m more of a bully the bike into submission kind of rider.”

“Fastest lap definitely as pole position leaves you just a target, for all the rest of the riders behind you.”