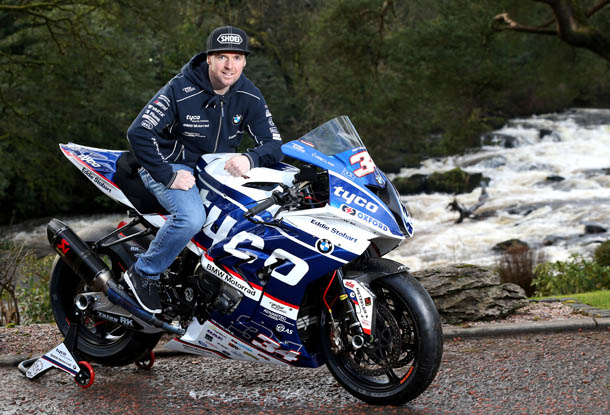 Between them race winners 47 times at the Vauxhall International North West 200, the TAS Racing run Tyco BMW team have re signed event legend Alastair Seeley for competition this May in the Superstock, Superbike races at the Triangle.

Runner up in last years feature Superbike race, after an engrossing battle with Ian Hutchinson and Glenn Irwin, triangle wizard Seeley, 21 times an event winner, goes into this years North West with perhaps a point to prove, that he’s still the man to beat within the big bike class.

Speaking about this topic, plus adding his thoughts on remaining S1000RR BMW mounted, for the 1000cc encounters, he said:

“I am more motivated than ever for this year because I want to get back on the top step of the podium, in the feature Superbike race.

Every race is important and I want to win every race I start, but it would be nice to get a win in the big one again.

It won’t be easy because there are so many riders racing at the North West now, who compete in the British championship and that means they are coming to Portrush sharp, fit and with good race craft.

But I am training hard and working with the Tyco BMW team again, means that very little has to change for us. The team knows what works for me and they produce good bikes.” 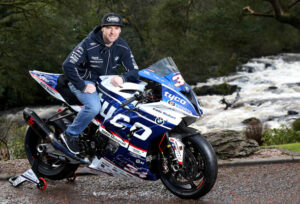 Commenting on linking up again with the most decorated rider in history at the North West 200, Tyco BMW, Team Manager, Philip Neill stated:

“Alastair is a huge part of the TAS Racing success story at the North West 200. He is part of the furniture now in the best possible way!”

“Alastair Seeley had a phenomenal run of success at last year’s North West 200, and it is great to have him back again with Tyco BMW for this years event. Together they make a very strong combination.”