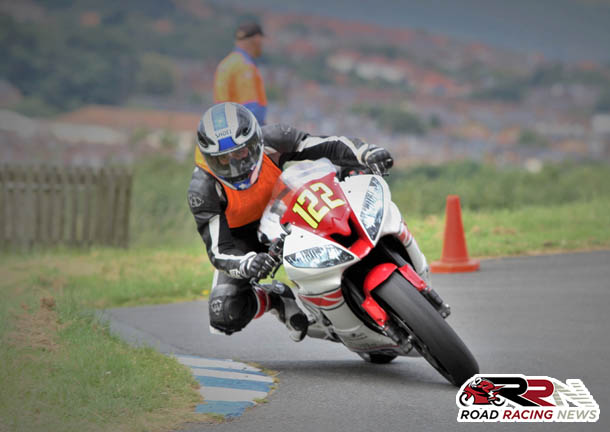 Amongst the leading newcomers to Oliver’s Mount in 2017, Halifax’s Tom Collinge who impressed many with his pace and form, at last years Barry Sheene Road Race Festival, is the next rider to take part in Road Racing News, ten questions challenge.

The 26 year old’s answers to the popular series of questions, are as follows:

“Oliver’s Mount. Only one I’ve ridden!”

“R6 Yamaha. Having only thrown my leg over a road bike 3 years ago, I’m limited to what I can pick here!”

“I love how technically challenging the roads circuits are to ride. Bumpy, tight, twisty & hard work! Plus, the fans that turn up are mega enthusiastic from what I’ve seen. It was only a few years ago I was just a spectator myself and there’s just something a bit special about the roads meetings!” 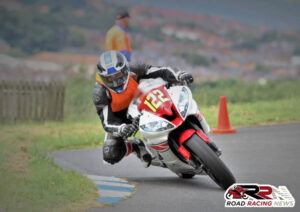 “Not ridden any of them, but from a spectator point of view the North West 200 has to be up there. The race Glenn Irwin won last year, was one of the most exciting races on the roads, that I’ve ever seen. The TT also has it’s place up there though, and you can’t beat the goosebumps you get listening to the commentary.”

“Anyone else out on track I have massive respect for. I know what it takes behind the scenes to go racing and it’s much more than just turning up and riding round in circles.

Aside from racing at them speeds, the hours and hours of preparation, travelling, time off work, money etc. Fair play!”

“Has to be finishing 2nd in the opening Supersport B race to the late Gav Lupton, at the Barry Sheene Festival last year, at Scarborough.

I got knocked off at my first attempt at Scarborough which was unfortunate, but had a half decent ride at my second attempt (with a bent bike!!) and got on the podium. Going from getting Gav’s autograph to racing round with him in such a short space of time was brilliant.”

“It’s a bit cliche to say ‘where I live’, but Yorkshire has some fantastic roads and scenery that look exactly like the TT mountain road. Too good to be true I think though!”

“It’s gotta be Michael Dunlop. He’s a love hate kinda guy but what he does on the roads is unreal. Gotta give a shout to Dean Harrison too as he’s from my neck of the woods! Met him at the TT before I started racing myself and been trying to keep up ever since.”

“Supersport every time for me. The big bikes are great, but there’s nothing better than a 600 being ridden within an inch of it’s life, to get every last bit of power out of it. Might change my mind though when I move to piloting a big bike!”

“Fastest Lap. It’s a good feeling knowing you are the quickest in a race. Nobody remembers who started on pole but lap records go down in history.”