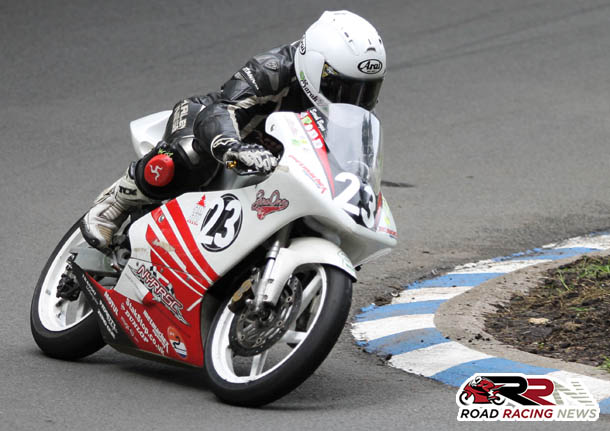 Daughter of former Newcomers Lightweight Manx GP runner up Steve Boyes, her answers to the popular series of questions, are as follows:

“It would be a very close call between Tandragee and the Ulster GP. Tandragee has everything you could ever want in a race and the organisers are just fantastic. Whilst the Ulster Grand Prix is just so fast and flowing, I love it!” 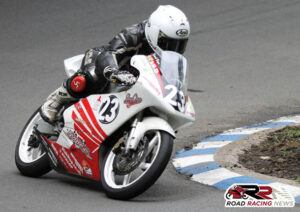 “There’s honestly so many good aspects to road racing, it’s so hard to chose just one. Aside from the fact that racing on the roads is just incredible, I would have to say the people really do make it.

From the organisers, spectators and people in the paddock there’s some real characters. The racing paddock really is like a second family.”

“Not competed at the TT but racing the TT course, will always be the ultimate.”

“Within the 125 class that I predominantly race in, my most respected rivals would have to be Nigel Moore and Paul Robinson.

Both extremely smooth and experienced, safe riders, I am nowhere near good enough to race close with either of them, but they have both come past me enough for me to know they are top racers, and great guys off the track too.

Also Alistair Haworth (previous Manx GP winner) will always get a lot of respect from me, his attitude towards racing is a great example and he’s a top class rider, he’s always took time out to help me with my riding, especially at the Manx, top man.”

“It would be close between winning a replica on my 125, in the Newcomers B Manx GP in 2011, and last year at the Ulster Grand Prix I was having great close battles, with 3 or 4 other riders in the races I competed in.

I can’t remember what position’s it was even for, but the passing and good close racing we were having was unreal! there’s no better feeling.”

“Anywhere that sees a bit more sunshine than Northern Ireland and the Isle of Man does, would be great!!”

“Really tough question as I always had a few for different reasons. Joey and David Jefferies, Robert Dunlop and Ryan Farquhar were always people I really looked up to, when I was growing up.

I’m a big John McGuinness and Bruce Anstey fan too. Nigel Moore would be a bit of a hero of mine these days though, he turns up about 10 minutes before the roads close with his car and trailer, sometimes on his own, spanners his bike, races it, sleeps in his car or tent then goes home.

You couldn’t meet a nicer more humble bloke in the paddock, no one does it old school like that anymore, to me this is class!!”