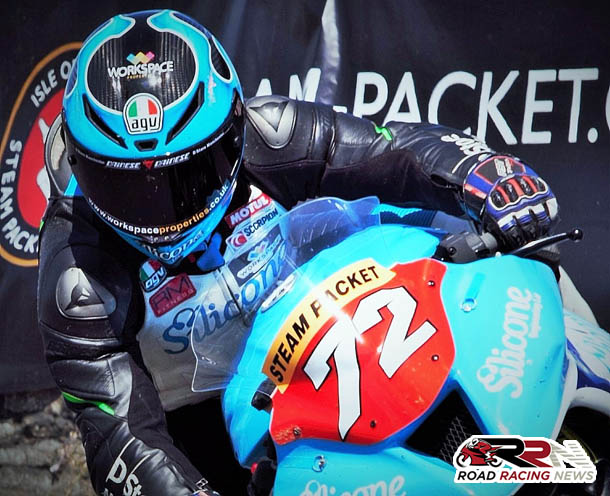 Third within the Formula 1 Classic TT of 2014, his answers to the popular series of questions are as follows:

“Favourite national roads meeting would have to be the Southern 100, closely followed by the Dundrod 150, fantastic circuit (Billown) and the people that run the job are superb.”

So nice to ride on the roads which made it easy to get the near 125 mph lap time, out of it on the Mountain Course, real quick and very rewarding, one of the best sounding bikes you’ve ever heard.”

“Best part of competing on the roads would have to be the speed, by the end of any meeting 170 mph feels comfortable, it’s crazy. Also the craic with mates in the paddock is irreplaceable.” 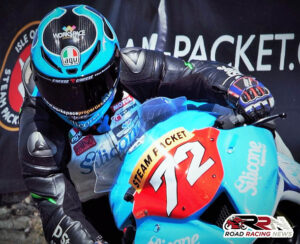 “I’d have to say the TT for the circuit and the prestige, but as a meeting the Ulster GP is the best meeting of the year by far, the circuit is amazing and the organisation is brilliant. Great people.”

“That’s a tough one because there’s so many. I think I’d say Steve Mercer though because of his sheer speed on anything he rides and because of his world endurance experience, also Micko Sweeney because he’s just a great lad, fast and safe.”

“Best roads moment would thus far would have to be, getting Kev Pearson’s XR69 Suzuki on the podium at the 2014 classic TT, after leading the race previously and having the engine let go on the last lap it was like unfinished business.

Those guys put there heart on soul into it, seeing Kev in tears in the winners enclosure mate everything worth while. Amazing.”

“I don’t think so, I think Ireland and the Isle of Man have the best roads in the world, so I don’t think you could top what we’ve already got.”

“I have a couple of road racing heroes, obviously Joey, he was the first man I ever saw pass through at the TT in 1996, when I went with my dad for the first time and I was hooked immediately.

But there’s also John McGuinness for being so fast and being a good guy, and I’d have to say Hutchy too for coming back after the injuries he had is very special.”

“I have to say Supersport, the 600 is so nice to ride and you can ride it instead of it manhandling you, like a Superbike does.

I struggled on the big bike at the TT and I think the lap times show it. Only lapping 2 mph faster on the Superbike than I did on the 600.”

“I’d say fastest lap, I’ve never been a good qualifier but I was great off the start, so I was always within the front few into turn one anyway.

Fastest lap is shown on the results sheet too and results is what we all do it for.”