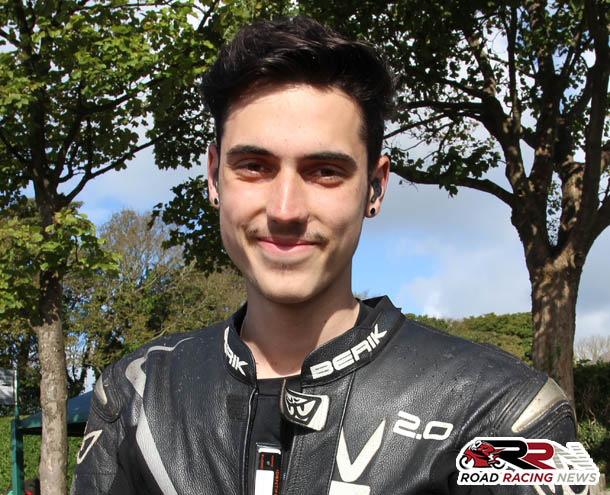 Touted by many as one of Australia’s fastest rising roads stars, Manx Grand Prix front runner Royce Rowe is the next racer to take part in Road Racing News, ten questions challenge.

Sixth within the Senior Manx GP of 2016, his answers to the popular series of questions, are as follows:

“We don’t have access to true road race events in Australia, so I regularly ride circuits like Phillip Island. I know the Manx Grand Prix is an international event, but it is certainly my favourite roads event!”

“The Ducati 650, for sure! It just never misses a beat and feels like riding on rails. Although it has less horsepower than my Supersport bike, it gives you the chance to really have some fun squeezing everything it’s got out of it.”

“The rewarding sense of precision racing. Unlike circuit racing with run-off areas, you always have to get your lines and speed right, and the satisfying feeling of finishing the long laps and getting quicker and quicker can’t be replicated anywhere else.” 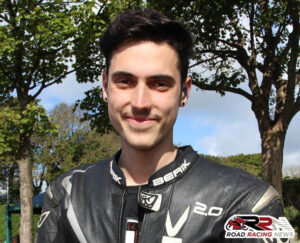 “I’ve only competed on the TT course at the Manx GP, so I can safely say the TT.”

Darren Cooper and his team are great, I felt really comfortable riding alongside him during practice week at the Manx GP. I also had some good dicing with Victor Lopez last year, plus he’s a cool bloke off the track!”

“Running second during the 2017 Manx GP Junior race and accomplishing a 119.9 mph lap, but, as everyone knows, to get results you have to stay on the bike (oops)!”

“I would say Australia for sure. We have some really nice, flowing roads all over the country and it would be nice to have at least one road race held here.”

“It’s hard to choose just one! I’d say Dad for getting me interested in the Isle of Man after he competed in 1989 (before my time).

I didn’t get to see him race on the roads unfortunately, but I’ve been told about his smooth style of riding.

David ‘Davo’ Johnson is up there too as he’s a fellow countryman. I used to watch him while I was growing up when I first starting riding, and grabbed tips off him whenever I could.

Also Richard ‘Milky’ Quayle for being a great rider and absolute top bloke, who’s always willing to help off the track.”

“I think due to my 125cc race upbringing I definitely prefer Supersport machines. I find it more fun trying to go quick on a less powered bike, than fast on a high powered bike.”