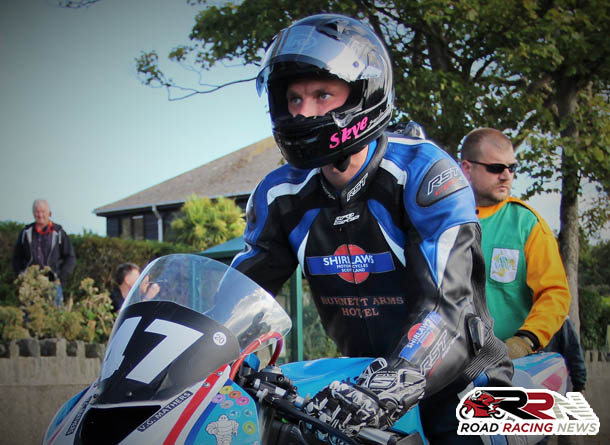 Runner up in the 2016 Newcomers B Manx Grand Prix, Kintore’s Marc Ironside is the next racer to take part in Road Racing News, ten questions challenge.

The Scotsman’s answers to the popular series of questions, are as follows:

“That’s a tough one. I’ve only competed at a few. Mid Antrim 150 was my first and it was amazing I’d like to see it back on the calendar again.

But Armoy last year was an eye opener, amazing track very well run it has everything and a brilliant atmosphere. I can’t wait to go back whenever I hang up my boots, and watch at the side of the road with a few beers.”

“Favourite race bike would have to be my ER6 Kawasaki. As long as it’s running properly, you just sit on it and twist the throttle.”

“The best part about competing on the roads, is probably realising your fulfilling your dream. I was brought up watching the Road Racers and V Four Victory etc, so it’s special to be out there competing.” 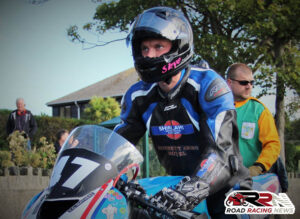 “I’ve only competed on the TT course so I would have to say TT. Have watched the racing at the Ulster Grand Prix and North West 200, and hopefully I’ll be competing at them next year.”

“I wouldn’t really call it a rivalry, but it’s good to beat the old Rothie racers Angus and Pat Foreman.

Everything with Pat is a race from the vans going to the racing to drinking. He even speaks fast ha ha! It’s good being on track with them, it’s close racing and everyone helps each other. At there age they have a lot of racing experience.”

“Would definitely be 2nd in the Manx GP Newcomers B race of 2016. A great feeling standing on the rostrum.”

“I would like to see a road race in the North West of Scotland, the roads to the Isle of Skye are brilliant.”

I watched him at the TT, and that was when I knew I wanted to do it. To have him help me out over there as well is a massive help.”

“I’ve not raced a Superbike yet so I have to say Supersport, but there are plans underway and I’m hoping that answer could change, after the first meeting of 2018.”

“Definitely fastest lap. I broke the lap record on the way to 2nd place in the Manx GP Newcomers B race, so that fastest lap will always stick in my memory.”