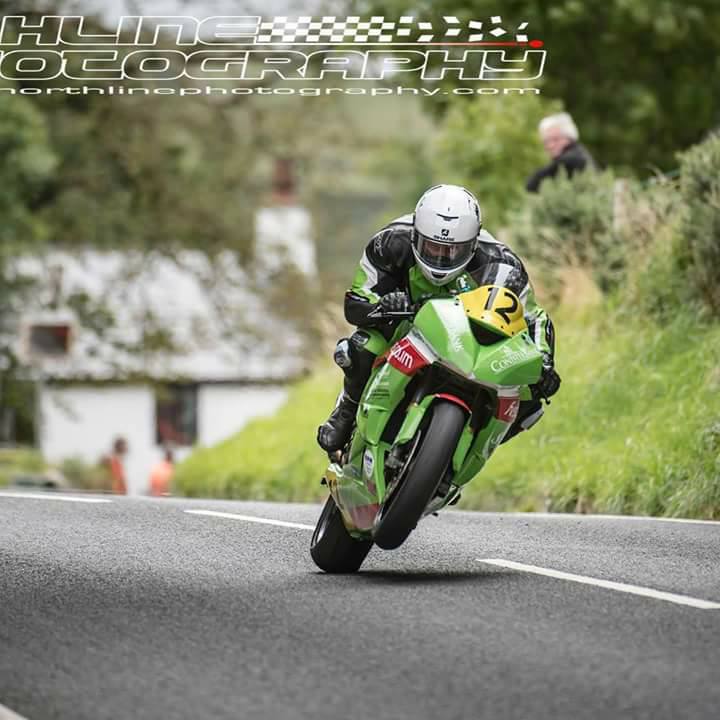 Tenth within the 2014 Senior Manx Grand Prix, a rostrum finisher at both the Southern 100 and Post TT Races, experienced Manx roads competitor Andy Fenton is the next racer to take part in Road Racing News, ten questions challenge.

Nicknamed ‘Factory’, his answers to the popular series of questions, are as follows:

“Southern 100, although it nearly killed me when I was clipped by another bike at one of the meetings, going flat out towards cross Four Ways. I cut my casts off 4 weeks later to get ready to compete in the Manx Grand Prix.

Thanks to the hyperbaric chamber I was pretty much ready, even though I had to ride all the way back to the awning when I came in back from Mountain Course competition, because I couldn’t walk!”

“The FVS Honda Fireblade, for endurance races. It felt like a toy with loads of power, riding well within my limits we still finished on the top step in the big bike class, at the Jurby 4 hour endurance event, two years on the bounce.”

“Feeling free forgetting about everything negative that’s going on in your life, because all you can think about is hitting every Apex perfectly at every corner, making sure your laps string together and bring you home safe.” 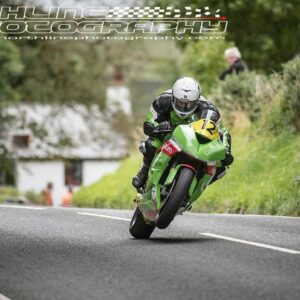 “TT and Ulster GP get a joint first from me, whether it’s riding the circuits or just spectating they’re both spectator friendly road races.”

“Andy Farrell. I admire his determination to get on the top step of the podium, at the Manx Grand Prix. The man has the skills but like me has had some bad luck on the way.” 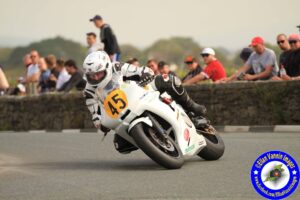 “A few more road races here on the Isle of Man would be good, there are plenty of roads that could be used for good road racing.

It’s a shame the Jurby South event stopped, I really enjoyed it there and I was competitive running in the top three the two times that I did it, before it stopped.”

“Has to be Joey Dunlop, he’s been a hero since childhood watching him from the Hedges and cheering him on. But to be honest I think most road racers are heroes, we all love putting on a show for the fans.”

“I’d pick the Superbike, I love though the 600 class and I really enjoyed piloting a Super Twin, my 750 from seasons past was very fast and competitive against Superbike’s, I hope to buy it back one day.”

10: “It’s nice to get a fastest lap, I held the fastest lap for two years at all local circuits (Isle of Man) in the Clubman class. I’ve got a bad habit of being late so often to the grid, I would end up starting at the back of the grid for races and weaving through to battle it out with the front runners.

I quite enjoy passing people like in endurance racing, it gives the slower new riders someone to follow, and helps them learn to go quicker and creates more competition, but of course nothing soothes you better than a win to make up for all your hard work and the teams hard work, and what your sponsors have helped you with.

Good luck to everyone competing in 2018, and may all our guardian angels watch over us.”