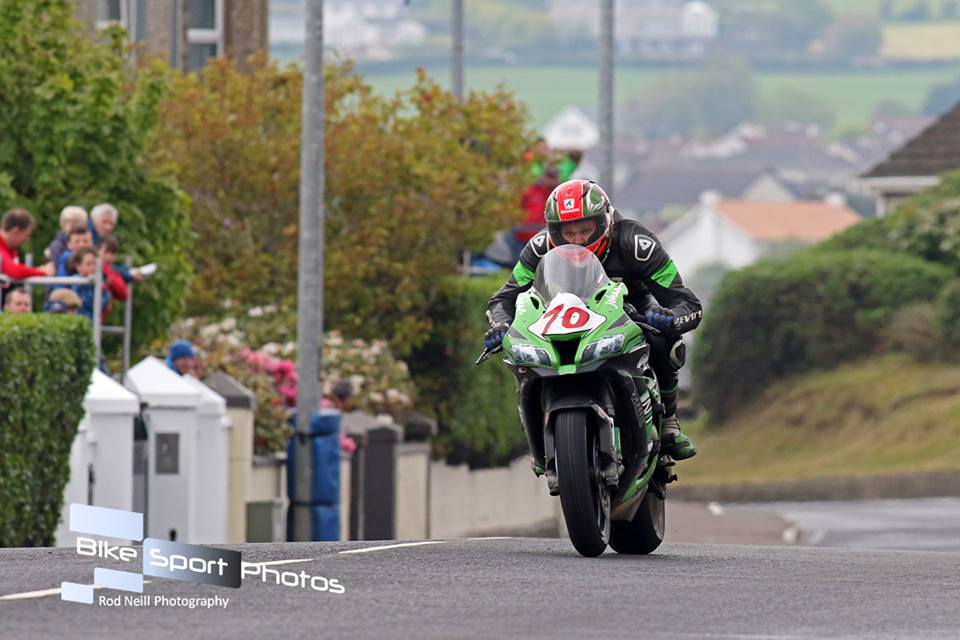 Johan’s answers to the popular series of questions, are as follows:

“For me that would be Frohburg for mutliple reasons. Apart from the fact that I love this track with its high speeds and fluent corners, I have a long and good history in Frohburg. I have been riding there each year since 2006 and the last 4 years I was almost always riding for top results.

This track suits me well but I also like the atmosphere, the spectators and the organisation. Also it is the last race of the season, that gives it something extra special.

“I think that 500cc two strokes are the ultimate racing bikes. I was lucky enough to have raced a few of them. For example, last year I participated in a classic race in Chimay on a 500 Konig from 1972.

The sound, the characteristics, its just amazing. I also rode last year in a demo race on the Honda 500 3 cylinder and Suzuki RG500 from the 1980’s.

Regarding the modern day bikes I’m riding at present, I obviously like the ZX10R (Kawasaki) very much, I think it is the fastest stock bike in terms of horsepower, its also a very stable bike and offers good mechanical grip.

The only disadvantage is, is that it is more difficult to ride compared to for example a BMW S1000RR. Everyone can go fast on a S1000RR but once you have the click with the ZX10R you can be just as fast or even faster. In that sense its a real racing bike.”

So it’s a combination of multiple extraordinary things that make it so special.”

“I only have experience with the North West 200, so I cannot really judge the other events.

I really liked the North West, I have also heard it’s the biggest or one of the biggest sports events in Ireland and I can imagine this is true.

The first few laps were actually quite frightening on the 1000, you cant compare it to any other form of racing. I learned quickly and eventually managed to get some decent results.

I can imagine that the TT is of another level, because the track is the longest, because the event lasts 2 weeks, because of the history and tradition and because it must be the most epic of all road races.” 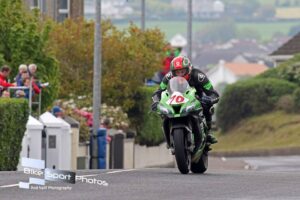 He knows very well what true sportsmanship means and I admire that he has been riding for such a long time at a very good level.”

“There are so many good roads moments that I have had. I really liked the battles I have had in Frohburg with Michael Dunlop, Michael Rutter and other guys of the same status.

But winning the race at a wet Hengelo with an advantage of 13 seconds over former Moto GP rider Sebastien Le Grelle was also a great experience.”

“Yes, I think Vila Real in Portugal would be a great place. I have seen footage of the races there in the 1980’s and I think it would be sensational to have a road race over there nowadays.”

“All of the road racers are heroes, but I think I have the most respect for Michael Rutter.

He seems to be a very intelligent rider who prefers to go fast based on riding skills instead of taking risks.

The fact that he is on top of this game for such a long time and at so many different tracks, and in many disciplines is remarkable.”

“Superbike, because a Superbike is so fast and has brutal acceleration. Also for me a Superbike suits my style better.

I have to say that the horsepower doesn’t make you necessarily faster in terms of laptimes, often the difference is just a second or two between Superbike and Supersport. But the thrill of riding a Superbike definitely beats riding a Supersport 600 in my opinion.”

“That’s a good question. I think fastest lap, because it’s a sign that you are on a good level in a race.

If someone uses a qualifier in qualification he might set the pole position but it doesn’t mean he will also have the right pace for the race.

That said, at our national roads events its important to be up front from the start in order to have a chance of winning the races.”