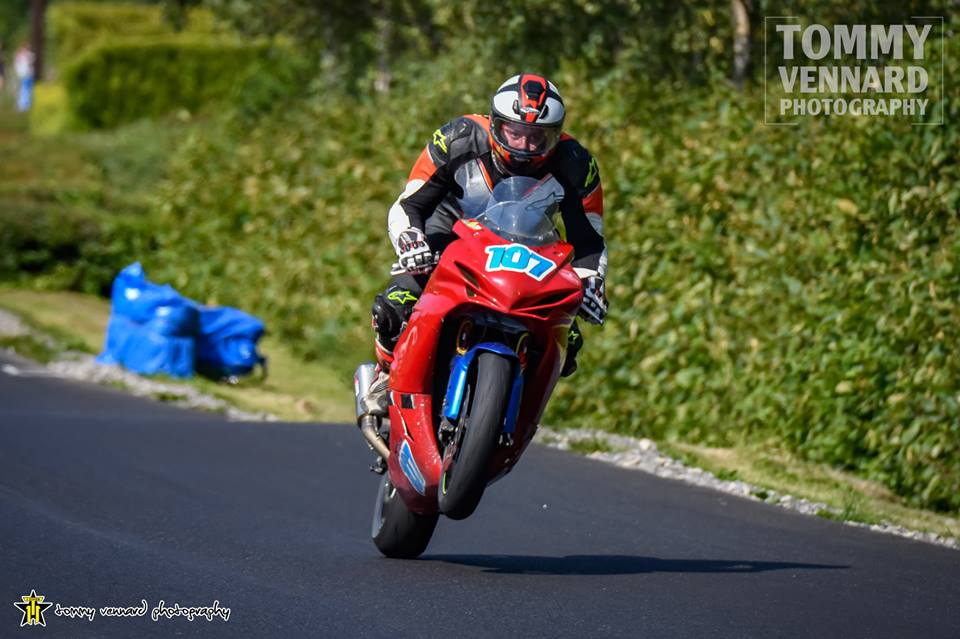 “After problems with my previous seasons, so far I have only completed racing at Cookstown, Tandragee, and the new Enniskillen meet in the national roads so far, and I’m looking forward to achieving my goal of taking part in all Irish road racing events this season.

That being said my favourite national so far has to be Enniskillen, as it’s the most technically and physically challenging I’ve tackled so far.”

“I’ve raced a good number of bikes so far and this is a hard question, but I’d have to say my 2012 Ducati Panigale for the pure fact it’s just an animal. I’ve had a lot of ups and downs with it but it’s the most challenging to ride fast.

I’d love to refresh it and have another go at the Ulster GP with it, as I feel I didn’t do it justice in 2015.”

“The best part about the roads must be the camaraderie and the adrenaline-fuelled feeling of being so close to the furniture at the limit, with such high speeds involved.”

“So far, I haven’t competed at the TT but I am a Manx GP newcomer this year. But between the Ulster GP and the North West it has to be the Ulster.

For the simple reason you’re a little less dependent on power of your bike, and the budget you have and more the speed you can carry through the many fast flowing corners.” 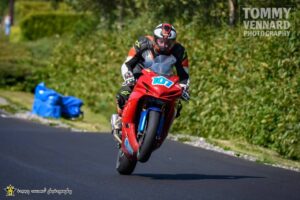 “I don’t often have consistent rivals but before I moved out of the support classes it was Ben Plant, however now I’d have to say this year it would probably be Aaron Mellish.”

“This is another difficult one as I’ve had so many good memories in the beautiful sport that is road racing.

I’d be tempted to say my very first lap of the Ulster GP in 2015, as this was the my very first taste of real Irish road racing and was the moment I got hooked, I had competed in Oliver’s Mount before this but it’s just not as fierce as any of the Irish meets.”

“Yes, I’d definitely love to see an event take place on some of the roads I played around on in Australia, because their roads are so different to any others I’ve ever seen and I believe it would bring a great new flavor to road racing.”

“This is probably a really common answer but Joey Dunlop is defiantly my hero. I’m gutted I never got the chance to meet him and really admire that he never seemed to change with his popularity, and everyone to have met him loved him.”

“1000000% Superbike, my riding style always seemed to suit the Superbike more than the Supersport, and the fact that they are just crazy scary helps with my choice a little so I do plan on getting a new one in the future, when I can afford it.”

“Pole position for me I think, for one who doesn’t like a nice shiny trophy or two and it’s usually something that you need to be the fastest to achieve anyway.”