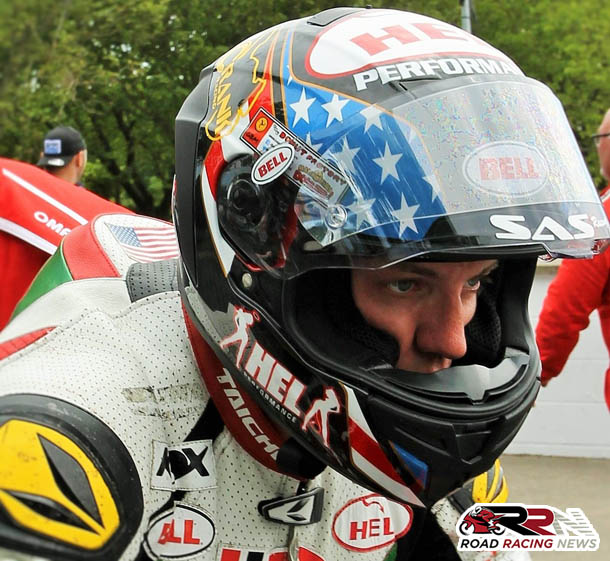 The 100th rider to take part in Road Racing News ten questions challenge, is America’s Brandon Cretu who has the unique distinction of been a former member of the factory Buell and Bimota set ups, at the TT Races.

31st within the Pokerstars Senior TT of 2015, his answers to the popular series of questions are as follows:

“We don’t have any National Roads Meetings in the USA and I’ve only ever competed in the 4 big international roads races, so I can’t really give a proper answer here! The TT is the obvious answer for the best race amongst all of them though.”

“Another difficult one to answer for me, as the answers are different in terms of machines for roads and circuits.

The Bimota BB3 will always have a close place in my heart since I did my fastest lap ever at the TT on it, but the EBR (Erik Buell Racing) 1190RS is another one that hits the soft spot for me as I’ve done my fastest laps at Macau on that bike!

As far as circuit racing goes it’s the Yamaha R1 for sure, as it handles like a Supersport bike but with loads of use able power.

“The camaraderie between riders and teams is honestly what always kept me coming back to the roads, aside from the obvious fun factor.

Nothing can ever replace the feeling of racing on the roads for me, or the paddock family I have in these paddocks. I miss it every day!”

“TT, hands down, bar none, not even a competition! It is the best race in the world.” 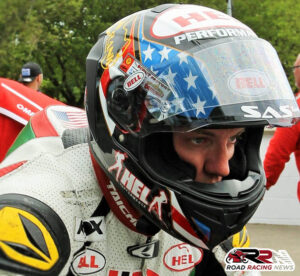 “I never really had a ‘rival’ in racing except my teammates from the EBR (Erik Buell Racing) and Bimota years.

Ben Wylie, my team mate at Bimota, was for sure someone I looked to for advice and he helped tow me to my first 120 mph lap at the TT, so I guess he’d be the closest answer I could give.”

It was 121.7 mph from a standing start during the single lap practice prior to the Senior race, which was also short lapped.

I got held up a few places so I reckon it could’ve been close to a 123 mph lap, if it had gone perfectly!”

“Thailand! There are some amazing roads there and the people would go mad over it. It is a bit ‘lawless’ so I think they’d allow something like that there, but safety for the riders would most likely be an issue.”

“I don’t really have one. I look up to Ian Hutchinson for overcoming his leg injury like how he has, and is still at the forefront of the international events.

I also look up to Peter Hickman as he is such a nice and humble guy yet one of the fastest in the world, on pretty much anything on two wheels.”

“Superbike!!! Nothing like riding a big bike, especially on the roads.”

“I’ve always been a rider who done it for personal ambition and ‘glory’, so for me it is definitely fastest lap.

I always go out on track and try to be better than I was before, and best my own goals.”