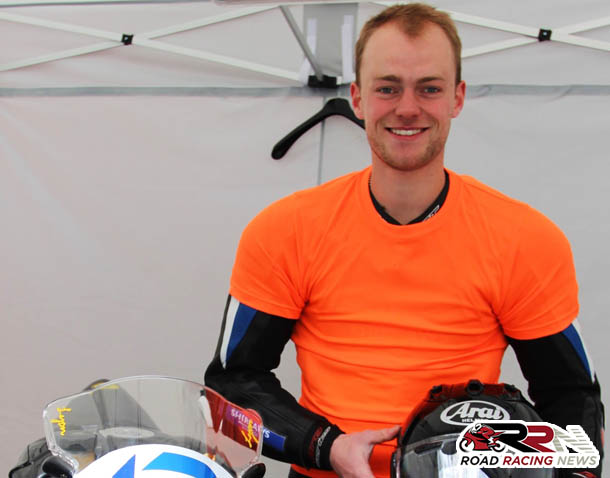 The up coming roads exponent who’s set to make his TT debut this year, answers to the popular series of questions, are as follows.

“I am yet to compete at all events but I loved racing at Armoy. Great track with lots of challenges to it.

I learned a lot racing there and to come away with the senior support win at my first visit was amazing. Great event run by great people!”

“I love racing any bike but get on well with my Yamaha R6. Still getting to grips with the big CBR 1000. Lap times are there but it’s just a such handful. Just need to man up a bit on it!”

“Got to be the thrill of going flat out down a road that was full of traffic an hour so before.

The passion that everyone involved has is incredible. From the fans lined up along the banks to the event organisers, marshals and racers. Love everything about it!” 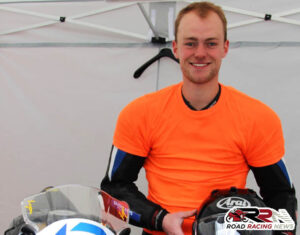 “Only competed at the Ulster GP so far and clicked really well with it. But my target has always been the TT.

Since being serious about competing there and prepping for the past few years with countless trips over and on boards, I’ve never been more excited about a race season as I am for 2018.

“There is too many to mention as I have respect for everyone that gives it a go.

But from when I first starting racing at 5 years old, it has always been my brother Liam. His approach to all aspects of racing is second to none.

Even if he hasn’t raced or even rode a bike in years, he has this really annoying habit of being on pace straight away.

There’s no way I would be at a level to compete at these events without his involvement.”

“It’s got to be winning the senior support from the second wave at my Armoy debut. Had no idea what position I was in during the race until I was directed into the winners enclosure.

Another one was finishing 11th in Supersport at my Ulster GP debut, on my road bike after blowing up my race engine in qualifying.”

“My local roads in the west of Scotland. It would have everything from fast open road to technical sections through the wee villages to big jumps. Weather could be an issue though!”

“Joey Dunlop and Steve Hislop. But John McGuinness is the reason road racing appeals to me so much.

For me, he does it for all the right reasons and has been at the top of the game for so long.”

“I’m probably more competitive on the supersport as that’s mainly where all my experience is.

Love riding the big bike though and think a little more time, we will have a similar feeling as I do on the 600.”

“Pole position is nice but I’ve always been more of a racer. So it’s fastest lap for me, that’s when it really counts.”