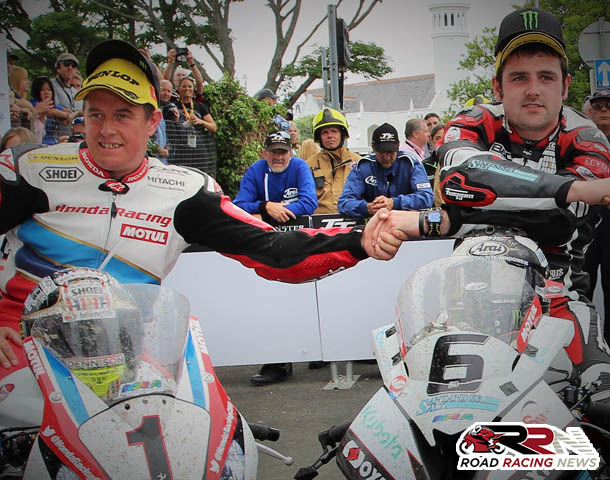 The story of how Michael Dunlop and John McGuinness, achieved their sustained success at the TT Races, will be told in their upcoming autobiographies, which are launched in 2017.

John McGuinness autobiography titled Built For Speed, is set to be launched in the build up to TT 2017.

The book is set to show how the rider from Morecambe, worked his way up the ladder, to becoming a factory Honda rider, setting numerous great feats on the Mountain Course and moving up to in 2015, 23 TT victories in total.

“The idea of a book has been swimming around in my head for the last few years. I think after 20 years of racing at the TT it’s time to tell the tales and spill the beans.

Travelling, tears (good and bad), winning, losing and everything in between. There’s more to McGuinness than TT wins alone, I hope you enjoy the journey.” 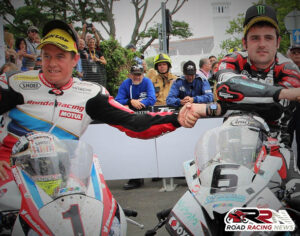 One of the most anticipated arguably in recent times, books on pure road racing, set for publication in the near future, will be 13 times TT winner Michael Dunlop’s autobiography, which carries the title Road Racer: It’s In My Blood by “wild man of TT” Michael Dunlop.

The reason this book, due to be launched in the spring of 2017 is so eagerly anticipated, is due to the fact, that we have seen over the years that Michael is not afraid to state his point of view on specific matters.

Don’t be surprised to see him give his opinions on topics such as the well talked about 2016 Senior TT press conference, his time at Honda and the Milwaukee Yamaha situation from TT 2015.

Stating why he has decided now to tell his unique pure road racing story, Michael said:

“I’ve been asked by a number of publishers in the past few years to write a book and I’ve always held back. To me there’s no point in talking about anything other than winning.

But with the success comes the difficult times and every obstacle is a part of my journey to the top step. In a sport often defined by controversy, I don’t risk my life to race, I risk my life to win.

I’m now pleased to have everything in place and to have the right team behind me, it’s time to tell my story.”