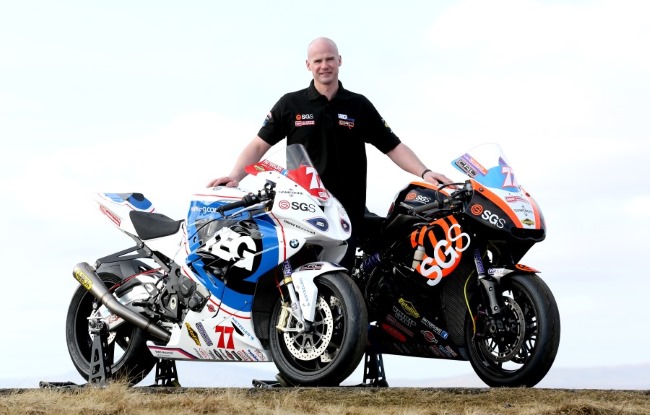 The returning Mid Antrim 150 will mark the start of Ryan Farquhar’s new BMW challenge, on the roads.

The three time TT winner is set to be in action at Mid Antrim, on his own teams S1000RR BMW backed by International Energy Group (IEG) in the open and grand final races.

Whilst the super twins race, is set to see him piloting one of his highly acclaimed ER6 Kawasaki’s.

Having for multiple years competed on Kawasaki machinery, the change to BMW Motorrad machinery, marks an all new challenge for the seven times Duke Road Race Rankings champion. 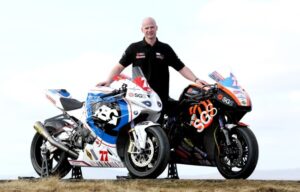 Commenting on an exciting season ahead, which includes competing for Tyco BMW at TT 2016, North West 200 and the Classic TT Races, Ryan said:

“Without doubt, it’s the most exciting I’ve felt coming into a new season for a long time, I’ve recently turned 40 but I’m getting great support and feel fitter than ever and with some great machinery for 2016, it’s an opportunity I aim to grab with both hands.

From a confidence point of view, I’m riding well, I’m fit and the chance to ride the Tyco BMW at the TT is one I’m relishing.

We know the bike’s good enough to win and the team obviously have the experience to win races so I’m confident I can run at the sharp end.

I’ve been with Kawasaki a long time and have ridden every version of the Kawasaki ZX-10R so it’s a shame it’s come to an end but the deal with IEG was one that was too good to turn down. It’s a proven race package and with the Tyco ride coming as well, I’ve never been as well fixed as what I am this year.

As a result of joining Tyco BMW, I’ll also be making the switch to Metzeler tyres from Dunlop who have supported me for many years. RST have given me full support as well so there are a lot of changes for 2016, but changes that I’m really excited about so I can’t wait to get going.”