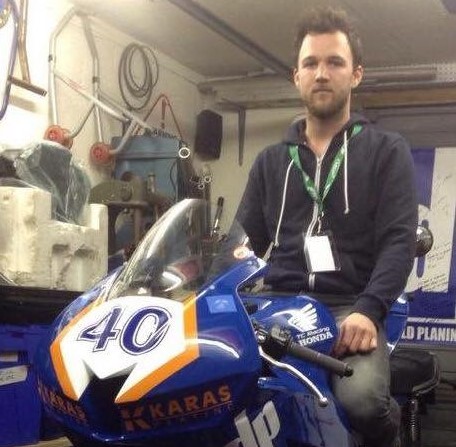 DP Coldplaning/TC Racing have confirmed a three rider line up, for the 2016 Manx Grand Prix.

Joining Rob Temple in the highly touted outfit for competition in the super twins race, is Eddie Venn, fourth place finisher in the 2014 newcomers b race.

Both riders like the majority of the entry in the super twins class, will be ER6 Kawasaki mounted. They are both hugely capable of sealing highly notable results.

Leading the teams challenge in the newcomers A race, is set to be Austria’s Julian Trummer. Julian is set to be CBR 600 Honda mounted, for his debut around the magical Mountain Course.

The seventeenth and thirteenth place finisher in the IRRC supersport races at Frohburg in 2015, has the pure road racing craft to gel quickly with the most famous road racing circuit in the world. 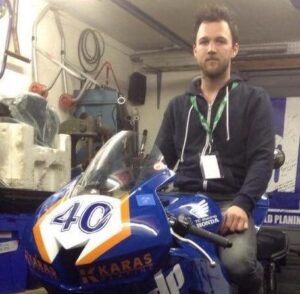 Commenting on his Manx GP debut on his Facebook page, Julian spoke of his delight, at joining Mick Charnock’s DP Coldplaning/TC Racing team, who have run the likes of Cameron Donald, David Johnson and Robbin Harms at the TT Races.

“For me personally I couldn’t have found something better for the first steps at the IOM (Isle of Man). Thank you once again Michael Charnock for making this big dream come true! I cant thank you enough!!!!!”

Alongside their Manx Grand Prix line up, TC Racing are all set for a full scale effort at TT 2016, as they run Bjorn Gunnarsson (supersport and lightweight), Tuukka Korhonen (lightweight) and TT newcomer Victor Cox in the superbike, superstock and senior races.

A highly enterprising year of action on the Mountain Course, is in prospect for a team, who has over the years helped begin the TT careers of riders who have gone to onto to lap in excess of 131 mph, become established highly accomplished TT competitors and TT winners.