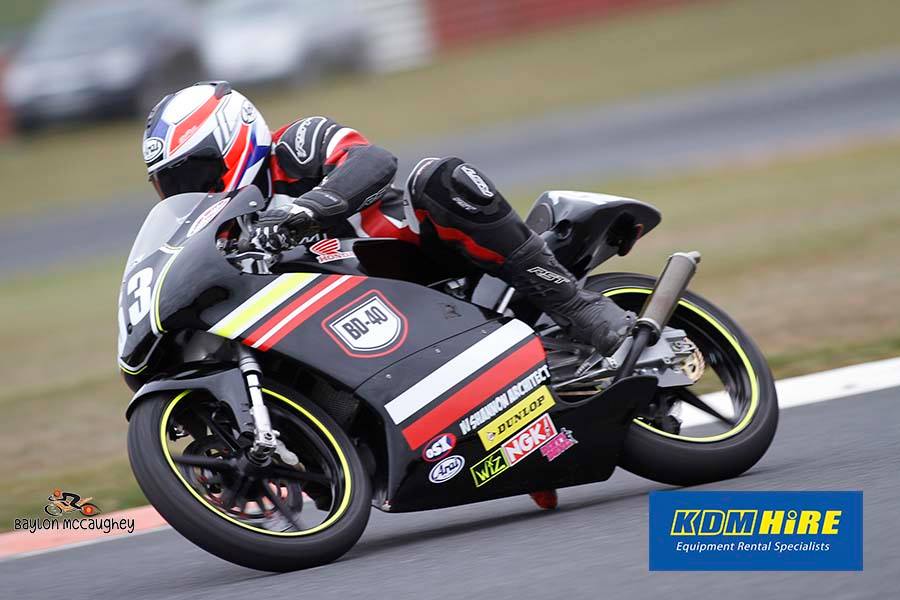 The 29 year old After-sales Advisor for Charles Hurst Honda Motorcycles in Belfast, started racing with the help of the late John Donnan at short circuits in 2007. 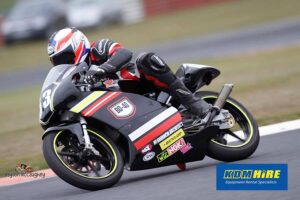 Peter, who is a nephew of Keith Shannon, a former front runner in the 250 class before his unfortunate accident at Mid Antrim a few years ago, has participated in parade laps at both the Tandragee 100 and Armoy road races since 2012, and after experiencing this, thought it was about time that he went road racing, hence his entry has been submitted for the KDM Hire Cookstown 100.

Peter takes up the story;

“My first visit to the circuit was with my Uncle Keith Shannon who was racing the 250 cc class in 2004.

Due to my uncles accident it was not until I was able to drive myself up to the circuit, that I began attending again in 2007. Since then I have been helping out local rider Nigel Moore with his 125 Honda.

I have always liked the atmosphere at the Cookstown meeting, and maybe for this reason, I feel this is where I should make my road race debut.

Last year I was given the opportunity to ride for Barry Davidson on his Honda RS 125, and after a really good season, Barry asked if would like the bike for this season with the option of doing a few road races. It didn’t take much to persuade me!!

I will be riding the BD40 racing Honda in the Moto 3 class at Cookstown 100 this year with the number 53, which is the same number my uncle Keith Shannon raced at his first Manx GP in 1990.

I will be backed by Barry Davidson’s Team BD40, William Shannon Architects which is my Fathers business based in Saintfield County Down and also Billy Donnan (late John Donnans son) with the business Campaign Stream. Thank You, Peter Shannon.”