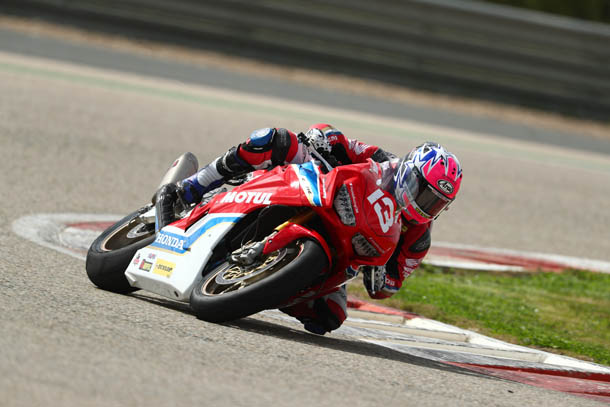 Confident he can take the fight to the likes of Glenn Irwin and Alastair Seeley in the premier Superbike encounters, Honda Racing’s Lee Johnston who will also tackle a Padgetts Honda in the middleweight Supersport races, recently provided an insight into his aims, aspirations and hopes for this years Vauxhall International North West 200.

Three times a race winner on the famous Triangle course, ‘General Lee’ who’s in recent years established himself, as a truly world class international roads exponent, in spite of a lack of track time in preparation for the North West 200, is firmly optimistic that come next month, his works Honda steeds in Superbike/Superstock trim, will prove formidable around the scenic coast roads.

“By now we should have had six days of testing with the bikes but rain has wiped out four of those. I don’t see it as a major disadvantage.

I usually have at least one BSB outing before the North West, but there is no similarity between road racing and a cold and wet Donington Park or Brands Hatch.

There are pros and cons to the arguments about riding at the BSB meetings, and the Oulton Park round might have been worth taking in, but it is just too close to the North West.”

I didn’t do any more testing on the BMW in 2015 than I have this year, which was the last time I got some good results and wasn’t injured or sore. I feel completely fit and healthy with no niggles at all, and feeling positive is half the battle.” 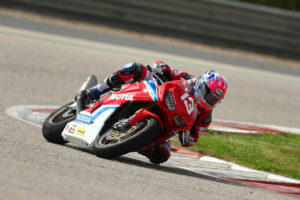 “The bike is new to me but I have taken well to the Fireblade. Usually I have to do a lot of tinkering but I’ve got on with the new Superbike spec Honda straight away, and really enjoy riding it.

I was on the rostrum on a Honda last year and I can’t see any reason, why I can’t do it again.”