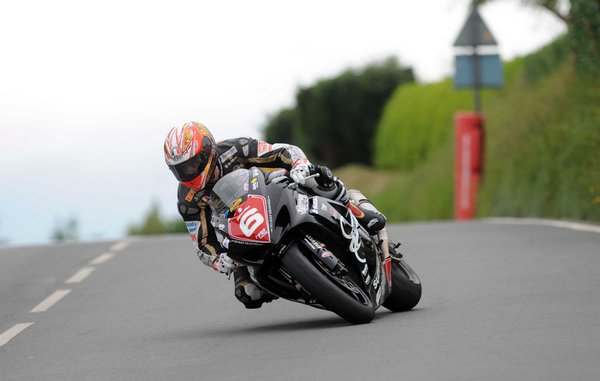 With Michael Dunlop switching to Suzuki power for TT 2017, it’s a good time to reminisce about Suzuki’s last solo TT Races success, which occurred in the 2008 Superstock TT.

Conditions to greet competitors for the Scottish Life International Superstock race of TT 2008, could only be described as not ideal, with damp patches a plenty on the horizon for riders to negotiate around the Mountain Course.

It was Honda’s John McGuinness, who made the strongest start leading at Glen Helen, just in front of Manxman Conor Cummins, with Relentless Suzuki by TAS’s Cameron Donald not far behind in third place.

Soon the Australian was into second place at Ballaugh Bridge and was reeling in McGuinness, who still maintained a minor advantage out front.

By the Bungalow though, it was all change as Donald surged into race lead. From here the rider who tasted TT success for the first time in Saturday’s Superbike race, gradually built up a commanding advantage.

Outside of the pace setters, Ryan Farquhar was impressing on the Harker Racing Kawasaki, as was PRF Racing’s Carl Rennie.

Bruce Anstey at the end of lap two retired at the pits, whilst another high profile retirement was Uel Duncan Racing’s Gary Johnson.

Following the scheduled pit stops, Donald’s lead at the front of the race, was growing and growing. Nearest challenger McGuinness was giving it everything in pursuit, it seemed though that his Suzuki mounted counterpart had the measure of him. 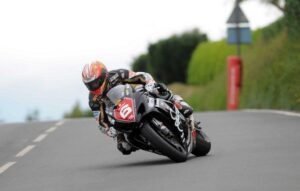 After a steady start, Guy Martin on the Hydrex Bike Animal Honda, was now battling for a spot on the podium, as at TT 2006 Guy was carrying the coveted number one plate.

By lap four the advantage out front for Donald grew to in excess of 17 seconds, he was firmly on his way to joining a select group of competitors to have been a winner more than once, at the most famous road race in the world.

He went onto cross the line at the end of the fourth and final lap, to clinch a hard earned well deserved victory.

His winning advantage over the four laps, stood at 15.07 seconds over second placed John McGuinness.

It’s amazing to think that for a manufacturer of their calibre, it’s been now almost ten years since they last enjoyed the joy of a solo class race victory at the Isle of Man TT.

Lots of expectation will be on the company first founded by Michio Suzuki, at TT 2017 as they work with a rider arguably the most capable of bringing them back to the top step of the podium, Michael Dunlop.