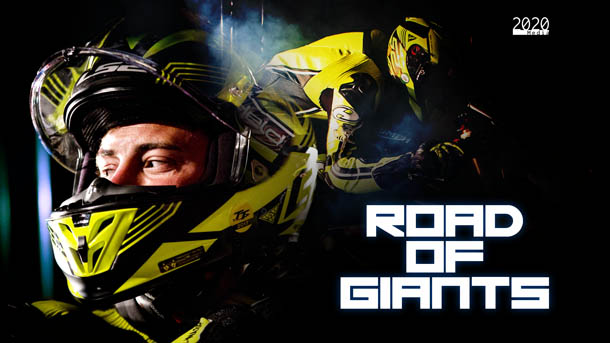 From the distinctive title ‘Road of Giants’ you get the feeling the film makers have used vast skills, creating and portraying a captivating, realistic, fly on the wall account on what it takes for a racer, to compete at the worlds’ most famous road race, the Isle of Man TT.

The film focuses on Tom Weeden, the 2016 Senior Manx GP winner and his maiden TT Races campaign, displaying quality based documentary attributes, depicting an enthusiastic and powerful message about pure road racing, in the modern era. 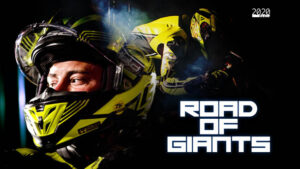 Mixing on board footage with various historical pictures from roads star Weeden’s career plus getting to know his team you gain a true sense, of what makes the amiable and sociable racer tick.

From his workshop to promotional events, working with his Dad, the mechanics, the team and mentoring his younger brother Finn’s budding racing career, Tom’s personality throughout the film never changes and his down to earth character shines through.

All the racing high points, challenging moments, leading ultimately to the incident within the second Monster Energy Supersport race which unfortunately curtailed the rest of his race week at TT 2017, are candidly showcased.

An especially great aspect of the film is how they identify privateers like Tom, giving one of the unsung heroes of the sport great publicity along with generously spotlighting the dedicated passion of other talented privateer riders, who compete with pure road racing superstars but can be many times overlooked on our television screens.

Film director Josh Clague and the whole 2020 Media Production must be congratulated for getting across so accurately Tom’s story, in a real authentic way.

In conclusion ‘Road of Giants’ is a compelling watch for all real road racing fans and sports supporters worldwide, a top notch documentary.

The 1 hour long film is available to rent and purchase via Amazon, https://www.amazon.co.uk/gp/video/detail/B07F5YJ8K9