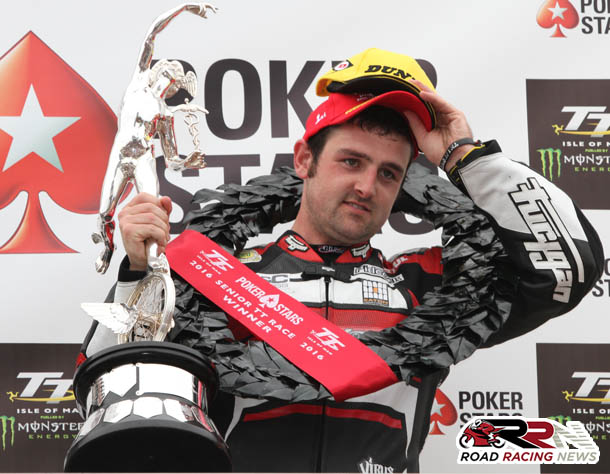 After a substantial delay due to tiger some weather conditions around the Mountain Course, the blue riband Pokerstars senior TT, got under way at 3:45 PM.

By Ballaugh Bridge, Dunlop increased the lead to 3.578 seconds, the TT Races lap record holder, fired up after what’s happened this week.

At the Bungalow, Hutchinson got the lead down to under three seconds, the battle between the two fastest riders in TT history, was heating up.

As lap one concluded Michael Dunlop with a standing start lap of 133.256 mph, was 2.8 seconds in front of Ian Hutchinson, Peter Hickman was third 7.8 seconds behind Hutchy, the top six was finalised by Bruce Anstey, Gary Johnson and Silicone Engineering Racing’s Dean Harrison.

Lap two saw the battle between Dunlop and Hutchinson intensify, but it was Dunlop on the Hawk Racing S1000RR BMW, who was starting to gain a grip on the six lap race.

At the end of lap two, he held a 9.285 seconds lead over Ian Hutchinson, following a magnificent new lap record of 133.962 mph, finishing so close to a 134 mph lap, stunning stuff from Michael. 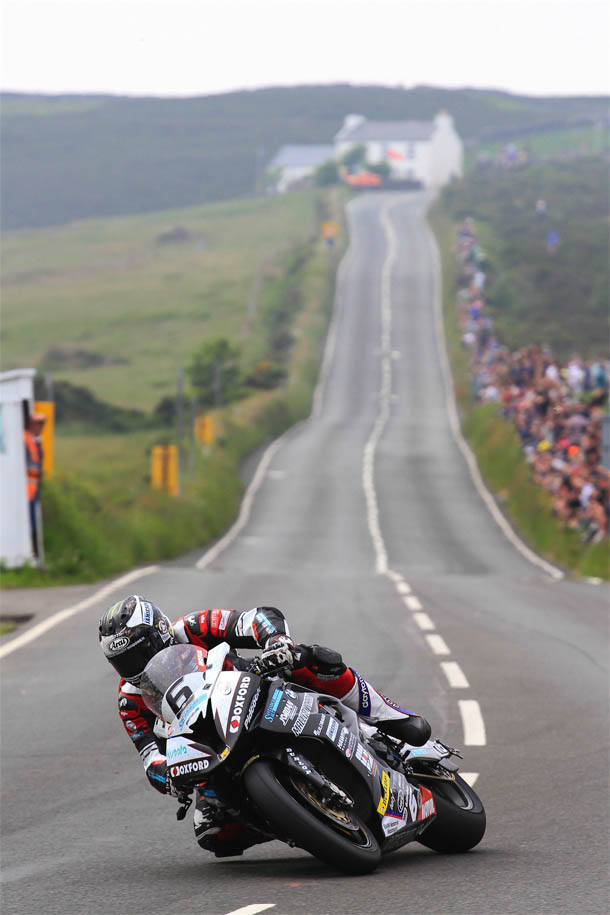 Ian Hutchinson second, was giving it everything on this Tyco BMW, which was running today a stock engine.

The pure road racing giants, by the end of lap three where separated by 11.2 seconds, John McGuinness now into third place following an ultra slick pit stop was 30 seconds back.

Bruce Anstey and Dean Harrison, fourth and fifth, where starting to get closer and closer together on the overall timing, 2014 lightweight TT winner Harrison, was on a charge.

Dan Hegarty and Jamie Coward’s battle for TT privateers championship, looked set to go down to the final lap, whilst Honda Racing’s Conor Cummins, now into sixth place was gradually bringing himself into five finishing contention.

There were no changes in the top six placing’s on lap four, as Michael Dunlop held by Cronk Ny Mona a pretty much the same lead as at the end of lap two, leading by 11.2 seconds.

As lap four came to a conclusion Dunlop lead Hutchinson by 10.611, McGuinness third was 34.5 back, Anstey fourth was been reeled in by an on top form Dean Harrison, Conor Cummins remained sixth.

The second pit stop of the race, pretty much ended Ian Hutchinson’s challenge as he endured a longer pit stop than Michael Dunlop, losing at least two or three seconds on his fellow illustrious competitor.

John McGuinness in third place, gained at least over ten seconds on Hutchinson in second, following another great pit stop from the Honda Racing team.

The penultimate lap, can always be one that brings about reliability problems, or little issues for the race leaders.

For Michael Dunlop there was no such problems, holding a 14.999 second lead at Ramsey Hairpin, the supremely popular rider, had the race firmly in control.

On completion of lap five, Michael lead by 14.594 seconds over Ian Hutchinson on the Tyco BMW, John McGuinness in third was 35.606 seconds back, but enjoying another momentous race on his old faithful Honda Racing superbike.

Getting the hammer down yet again on the Hawk Racing BMW, he got the race lead up in excess of 28 seconds by Cronk Ny Mona, having gained loads more time on Ian Hutchinson at Glen Helen, Ballaugh Bridge and Ramsey Hairpin.

John McGuinness finalised the podium finishers, to make it 46 TT podiums, Dean Harrison was a great fourth to wrap up arguably his best TT Races to date.

The post race press conference for the Pokerstars senior TT, proved to be a quite dramatic one, with strong words from Ian Hutchinson, expressing a pretty forthright opinion on specific matters.

Let’s be honest what happened in the press conference, was unsavoury, credit must go to Michael Dunlop for keeping his cool and not saying something he could regret, when it would have been easy to. 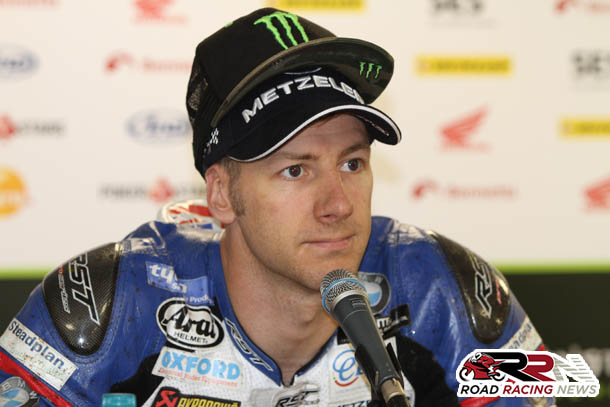 But I must also point out, that 14 times TT winner Ian Hutchinson was expressing his own opinion, where all entitled to our own opinion, the rider nicknamed the miracle man, is no different.

Back to what was a great race, Michael Dunlop proved yet again today, that the impossible is possible. 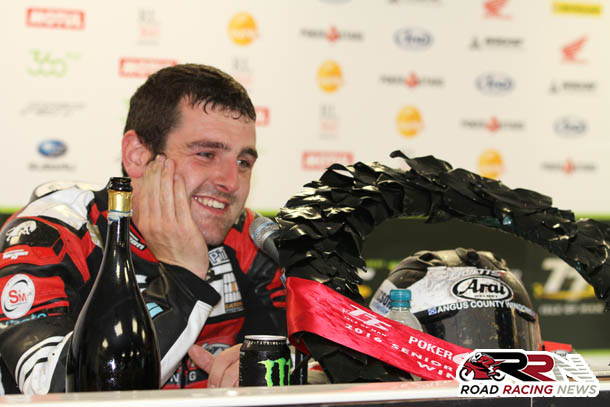 A near 134 mph lap, on his way to a 13th TT victory, at just 27 years of age, he’s already in my opinion one of the best pure road racers that the world has ever seen.

In all it’s been a spectacular TT 2016, great racing, great battles, rising stars making significant strides. Those that have gone doing what they love, will always be remembered and never ever forgotten.

We saw today another great duel between, the two riders, who in my opinion have defined a golden generation between the hedges.