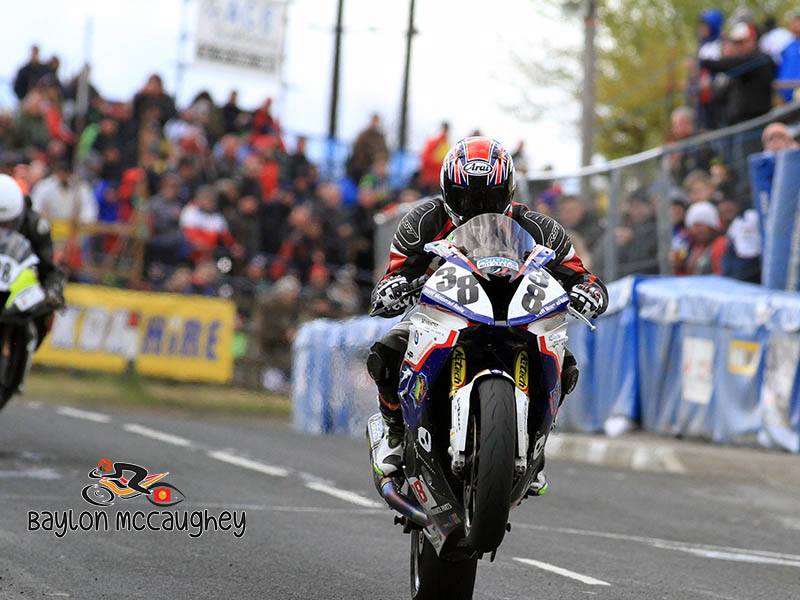 Joining Paul will be Bristol’s Shaun Wynne, both riders will compete for the SMWR Racing & Potchys MOT Station team.

Both riders made their debut last year, and whilst the lure of road racing is enough to tempt anyone back, both guys felt, that it was the Heartfelt warmth of the organisers and local race fans, that made them so welcome, they just had to make the return journey come end of April this year again!. 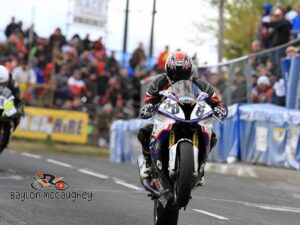 41 Year old Williams has forsaken the BMW for a 675 Triumph for the 2017 season, and married with four kids, Williams has been riding bikes of all sorts all his life, let it be a Moto Crosser, or a Gold Wing Trike. It has to have wheels laughs Paul, who began racing at Pembrey in 2014, where on board his BMW he won each of the four races he started in, and for good measure, beat the newcomers lap record.

Paul also made his Manx Grand Prix debut, finishing 8th in the newcomers and 24th in the senior, with a personal best lap of 114.20 mph.

Hailing from Mountain Ash, Abercynon in South Wales, Paul said “Having enjoyed the hospitality here at Cookstown last year, along with a fantastic circuit, there was no question of us not returning! we did the Manx GP last year, and we are hoping to get in more Irish road races this year in preparation for the Manx later in the season. 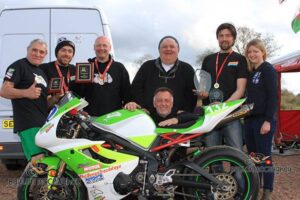 Anyone who wishes to come and see us in the paddock, are more than welcome, we love having a chat with the enthusiastic Irish road race fans, Shaun is riding #777, in 600 and Super Twins race, whilst I will be riding #38, on my 675 Triumph and Super Twin.

All the aforementioned wouldn’t be with the support of his sponsors and friends, M&B Scaffolding, DW Motorcycles, Potychys MOT Station, Jeff Hicks Plastering and Aidies HIAB Hire.”