Home - Isle of Man - Opinion: We Are In Another Truly Golden Era Of Mountain Course Competition 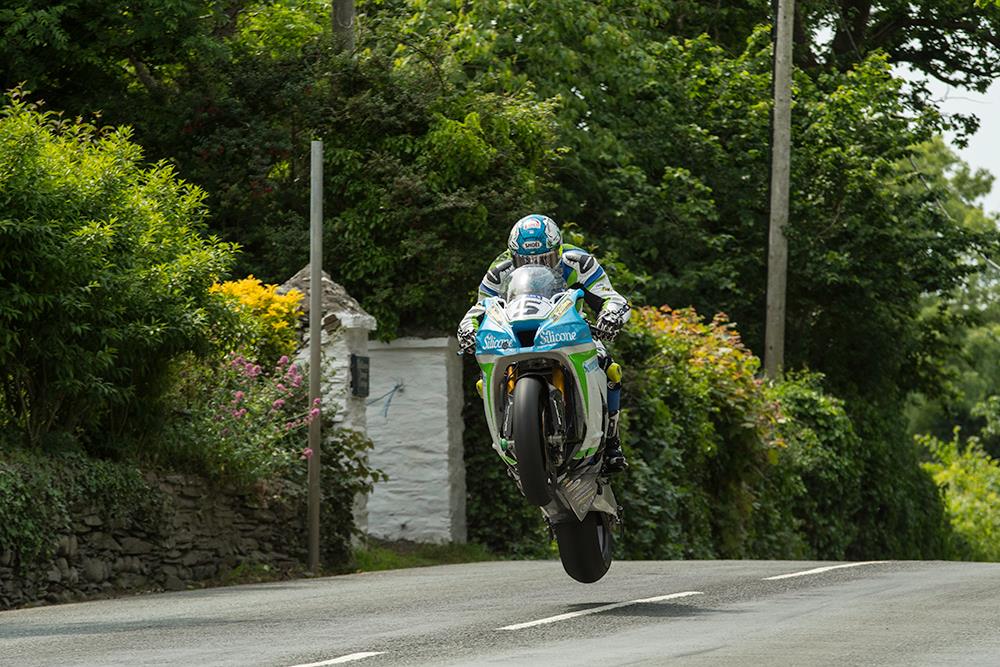 It’s probably already been stated by many, but in my opinion were in a truly golden era of Mountain Course competition.

Some will say well the golden era for the TT was decades like the 1950’s and 1960’s, when we saw the likes of Mike Hailwood, John Surtees, Geoff Duke and Giacomo Agostini conquer.

I’m not disputing this, but can’t we have more than one golden era when in referral to the TT Races?

Since the 130 mph barrier was broke by John McGuinness in 2007, lap speeds have steadily increased to the point were now, we are not to far off quite incredibly the 140 mph lap speed mark.

The standard set this year by Senior TT champ Peter Hickman and Silicone Engineering Racing’s Dean Harrison, was quite astonishing.

Prior to TT 2018 there wasn’t to much talk about great all rounder Hickman, or Ulster GP lap record holder Harrison been prime contenders for big bike victories.

This notion soon quickly changed during practice week, when from the outside looking in it looked like Harrison and Hickman had better all round competitive packages than Superbike/Senior TT favourite Michael Dunlop.

Although Tyco BMW’s Dunlop sealed a fourth Superbike TT crown for the fourth time in six years, the RST Superbike race also showcased the sheer pace of practice week pace setter Harrison who from a standing start, became the first rider to lap in excess of the 134 mph mark.

Prior to breaking down from the race lead he held a nine second advantage over now 18 times TT winner Dunlop, it was clear that reliability permitting he was in a strong position for the showpiece six lap Senior race. 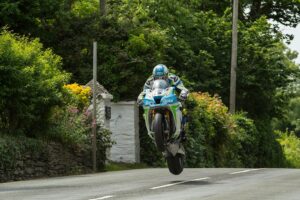 The blue riband race of a record breaking race week at TT 2018, wasn’t though just going to be about Harrison and Dunlop, those in the know knew that Superstock TT winner Hickman would have a significant part to play in the battle for race honours.

A race long duel between Harrison and Smiths Racing’s Hickman, provided one of the all time great battles for Mountain Course supremacy between two racers with great respect for each other.

It’s often been said that the TT is the ultimate test of man and machine, and you could tell Harrison and Hickman were taking their 1000cc Superbike steeds to the limit and some.

Ultimately it was Hickman with an astonishing last lap of 135.452 mph who claimed a memorable victory, by just over two seconds. 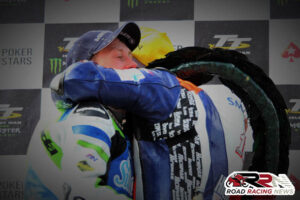 Their was true sportsmanship on the rostrum as Hickman and Harrison embraced, after both unlocked that next level needed to get the best out of the fabled Mountain Course.

RST Superbike victor Dunlop who finished in fourth place behind Manxman Conor Cummins, had it not been for slight problems with his Tyco BMW steed could well have also played a prime role in a race which will go down in history, as one of the truly great international roads encounters of all time.

Looking to the future, it’s going to be interesting to see if Dunlop, Ian Hutchinson who went through the pain barrier at TT 2018 and the absent from competition John McGuinness, can match the pace of the newly first and second quickest TT racers in history, Hickman and Harrison.

With this in mind, added to an abundance of young, hungry next gen racers ready to step up, you can see why we are in a quite memorable era for TT competition, which continuously provides us with groundbreaking moments, thrilling battles for victories, hard fought, clean exciting racing and showcases in full the exploits of in my opinion the most underpaid sportsman and sportswomen on planet earth.