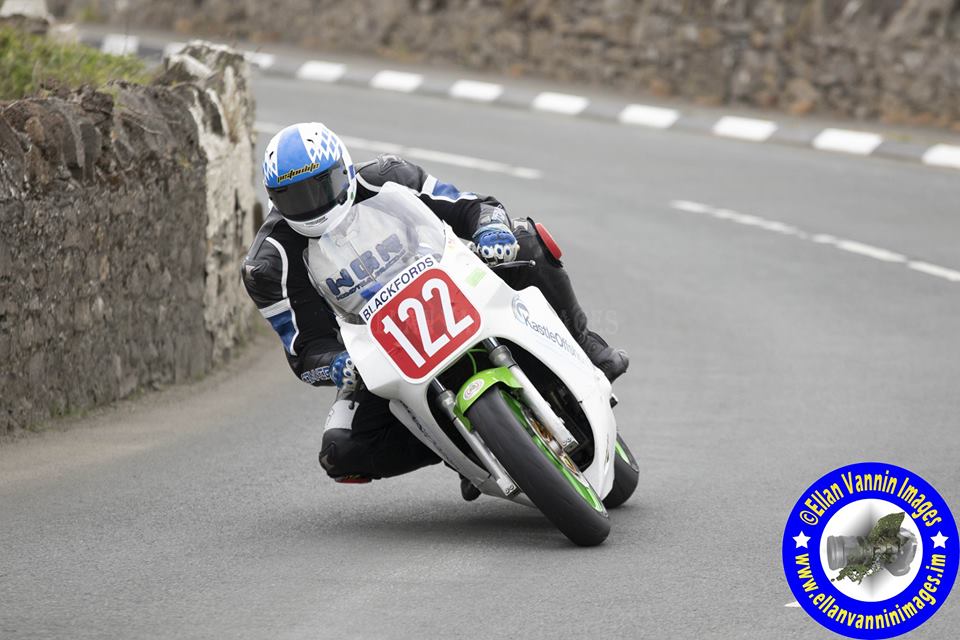 Tenth within the 2010 Newcomers A Manx Grand Prix, recent winner of the support race at the Pre TT Classic races, experienced Manx roads exponent Darran Creer is the next racer to take part in Road Racing News, ten questions challenge.

Darran’s answers to the popular series of questions, are as follows:

“The Britten race bike, far ahead of it’s time, very fast and handmade!”

“It simply can’t be put into words!” 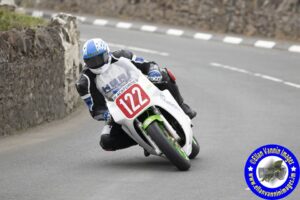 “There are a few, competing in my first Manx GP, winning the Senior Support race twice at Billown but I’d say getting a replica trophy from my newcomers Manx GP race in 2010, tops it.”

“As long as we have road racing here on the island (Isle of Man), I’m happy.”

“Simon Beck, caught everyone up through the twisty parts of the Mountain Course on a private Kawasaki. He would have blitzed everyone for years on that RC45 Honda.”