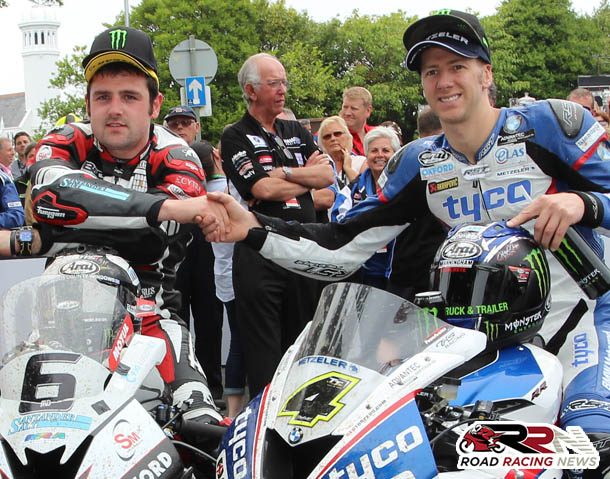 Despite what went on in the infamous Pokerstars senior TT press conference, let’s not forget the top class battles we have seen over the past couple of weeks between Ian Hutchinson and Michael Dunlop.

In my opinion as racers, they are very similar, they both have an unprecedented will to win, a drive, a determination, and most of all they both hate losing.

You could sense throughout TT 2016, a simmering tension between the pair of them, for me this was primarily because, they both knew who they were racing for the victories, each other.

All I could see, was two riders, at a different level to everyone else at TT 2016, both wanting to win so badly, at the most famous road race in the world.

It was not only a battle between Ian and Michael, it was also a battle for Tyco BMW and Hawk Racing, to finish leading BMW Motorrad outfit.

One works backed, one with no works backing but with the TT race winning experience.

With both teams closely matched throughout practice week, the stage was set for titanic battles in the RST Superbike and Pokerstars Senior encounters.

Hutchy winner of both Monster Energy Supersport races and the Royal London 360 Quantum Superstock race, went into the Pokerstars senior TT, confident of adding to his now tally of 14 TT wins equal with the great Mike Hailwood.

Meanwhile Michael Dunlop went into the blue riband race, fired up, for a number of reasons.

One been having been disqualified from second place finish in the opening Monster Energy Supersport race and then finishing runner up in the second 600 race plus disappointment in the superstock race.

Fired up the most though by his suspicions of Ian Hutchinson’s Came BPT YZF R6 Yamaha mount been outside of the regulations following scrutineering in the second Monster Energy Supersport race, he was very much a man on a mission.

Same notion applied to Ian Hutchinson, who was angered by the allegations that he was cheating.

The six lap Pokerstars senior TT saw Hutchinson and Dunlop, embroiled in a world class battle, at the end of lap 1 Dunlop lead by 2.8 seconds, lap two he increased the lead to in excess of nine seconds, thanks to a stunning new lap record of 133.962 mph.

Producing another performance which evoked the words a genius at work, Michael Dunlop took full control of the six lap race, by lap five he lead by over 15 seconds. 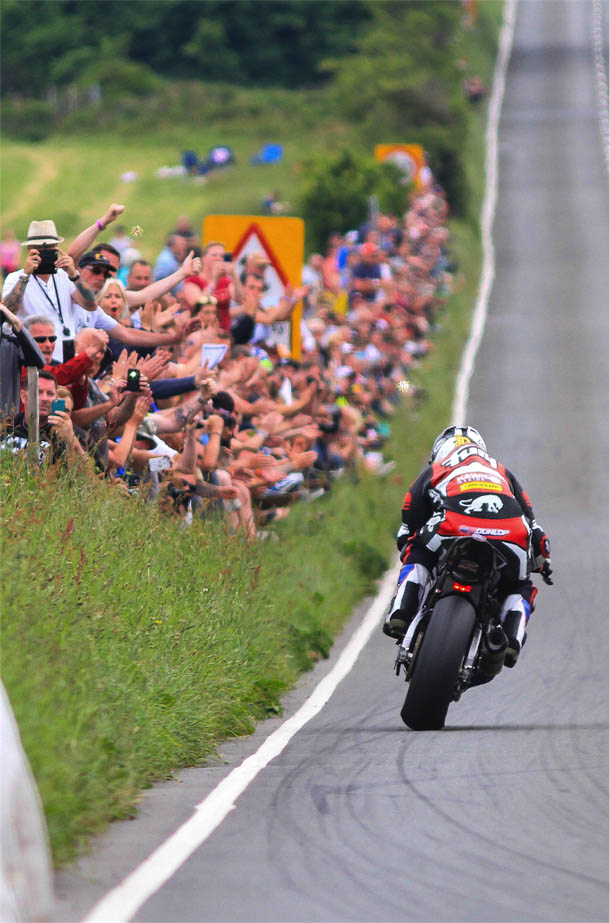 On the final lap, he produced a calm, cool, first class lap of the Mountain Course, as he did everything he had to do, to win the race, his 13th TT victory and his second senior TT success.

Ian Hutchinson, second was visibly disappointed, as the press conference beckoned, you could sense a few forthright opinions could be spoken, by the first and second place finishers. 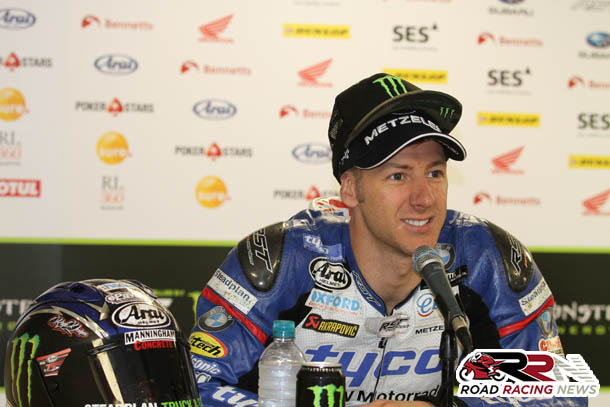 What unfolded, stunned many, in my time watching and reporting on pure road racing, I’ve hardly ever seen Ian Hutchinson lose his cool, quite like how he did on Friday in the senior TT press conference.

Have to point this out though again, the 14 times TT winner, was at the time stating his opinion on specific matters.

The words he spoke, where with such authority, in my opinion though, the part’s where Ian talked about he and Michael having both factory engines, and pretty much stating that BMW where giving his Hawk Racing opponent preferential treatment, didn’t need to be said, cause I don’t believe, at all that this is true.

BMW Motorrad run a customer support program for all forms of racing, no different when it comes to pure road racing.

Therefore, same as Ian, for Michael and everyone else, they have the opportunity to run factory BMW engines, top spec BMW electronics and much more. 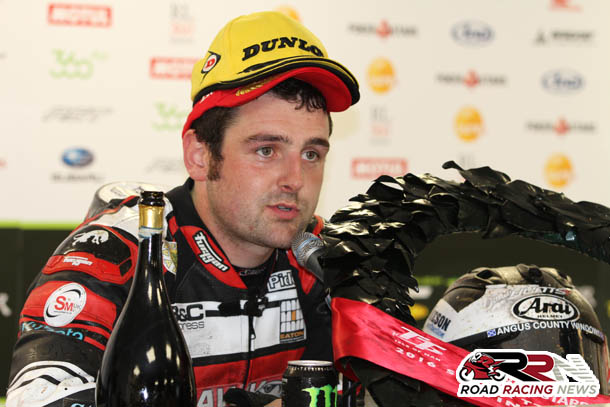 Michael Dunlop meanwhile took it all in his stride and kept his cool.

The way he replied to what was said, was a sign that not only has he matured as a rider, he’s also matured as a person.

I’ve read some interesting comments in recent days about what happened on Friday, I think everybody should take a look at the story in full, before stating some things, which are in my opinion quite bold statements.

Every pure road racing fan, should appreciate the fact that we are in a golden age for the sport and that Michael Dunlop and Ian Hutchinson, are at the forefront of this.

More world class, enthralling battles between two of pure road racing’s all time greats are in prospect for many years to come.

The battles between them, are set to begin again at the world’s fastest road race, the Ulster Grand Prix.