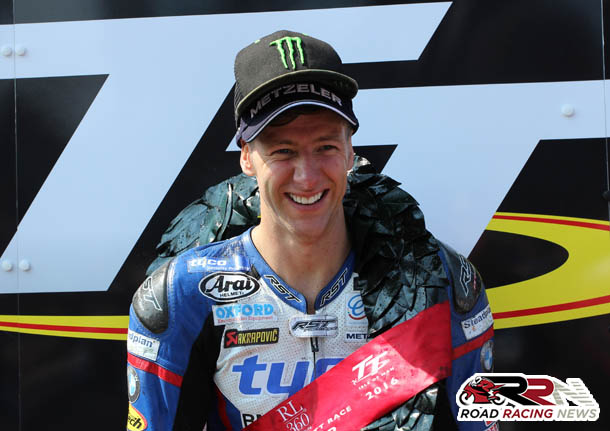 History, history, history were words that evoked in my mind following the Senior TT of 2010, as Ian Hutchinson made it an unprecedented five wins in a week, surpassing Phillip McCallen’s previous record of four victories during TT race week.

Hutchinson’s path to a fifth successive victory from TT 2010, wasn’t all plain sailing though. The original start of the Dainese Senior race saw the Bingley racer involved in a close battle for the race lead with John McGuinness, Conor Cummins and Guy Martin, who’s race ended with a spectacular incident at Ballagarey.

Following Martin’s incident, the race was red flagged and it was confirmed that the race re-start would take place over just four laps.

In comparison to the previous race start, Hutchinson this time was more quickly into the groove, taking a narrow race lead at the end of lap one.

Misfortune was soon on the horizon though for Cummins, who on lap two had a major spill at the Verandah.

With the main challengers out of the equation, Padgetts Hutchinson was left in full command out front, holding a 20 plus second lead over Keith Amor.

Keeping up a solid, consistent fast pace, Hutchinson did everything he had to do on the fourth and final lap, to secure his first Senior TT triumph and make it five wins in a week.