Just some of the highlights from the interviews with the above mentioned riders, were the following:

“The Southern 100. It’s long enough with evening practices so you can have a good catch up with everyone, and be able to have a sociable beer in the evening and a lie in. Fast circuit as well which appeals to me.” 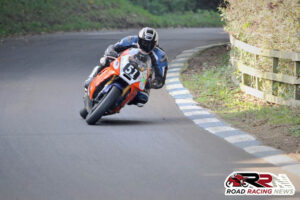 Bike never missed a beat and it, came with factory like support from Fran who couldn’t do enough to make sure it was immaculate for every session. I just didn’t ride it hard enough as wasn’t wanting to trash someone else’s bike.”

“I don’t really enjoy much of it to be honest, I get myself too many bikes to look after and it gets quite stressful.

I also suffer badly from nerves before races as well which leaves me not the best company. I enjoy a pint after I suppose!” 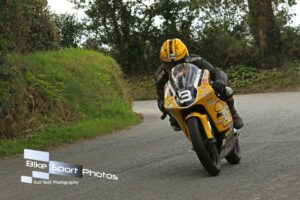 “I have a lot of respect for lots of riders, but I’ve had so much help from my cousins William and Paul Robinson, and Derek McGee has been a great help to me as well.

All three are so safe and fun to ride with, makes such a difference when you can trust another rider like I can with these boys.”