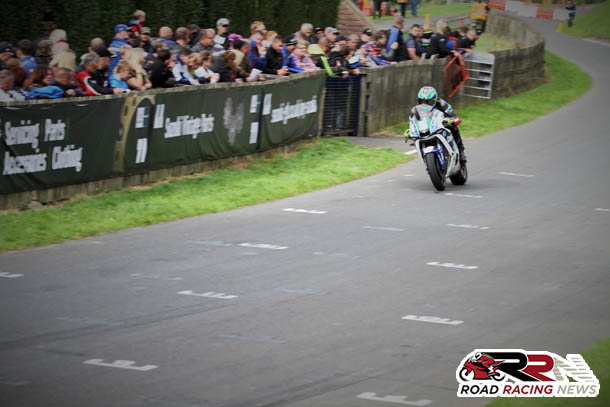 There is no doubt, that the undoubted, standout and leading Super Twins competitor at Oliver’s Mount this year, has been two times Lightweight TT winner, Ivan Lintin.

Going unbeaten on the Devitt RC Express Racing ER6 Kawasaki, the seven times international road race winner, is at this moment in time, the number 1 rider on Super Twins machinery at Scarborough. 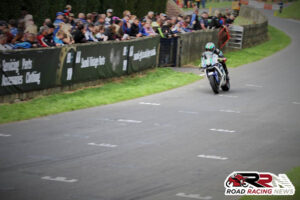 His most prominent challenger this year at the mount, has been 2014 Duke Road Race Rankings champion James Cowton.

Winner of the Super Twin races at the Barry Sheene Festival Powered by Suzuki, James has shown highly accomplished form on his own teams ER6 Kawasaki.

Since Super Twins first took to Oliver’s Mount in 2009, the class has grown and grown in popularity.

If there is a criticism about the class today, it’s that it’s becoming more and more expensive, to build a competitive Super Twin.

One things for sure though it’s a class, which gives chance to up and coming riders, to make a name for themselves.

This is very much the case at Oliver’s Mount, who knows next year, we could be seeing another Super Twin maestro announce themselves to the pure road racing world, just like how Ivan Lintin did, in the early 2010’s.